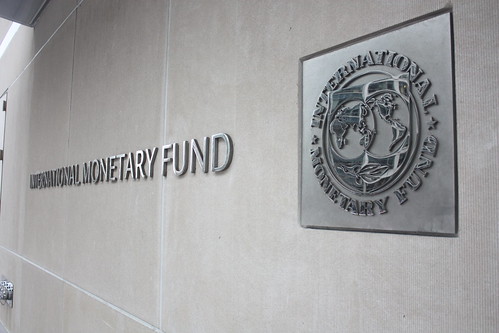 For the fifth time in a row, the IMF lowered its 2016 world GDP projections, down to 3.1% from 3.6% last year and 4.9% in 2011. Cynics will deride the institution's inability to forecast accurately. This might be, but forecasting is an art, not a science, and much needed in decision-making circles. Christine Lagarde, the IMF managing director, finds the rate "mediocre", and Larry Summers, Bill Clinton's Secretary of the Treasury, revived an old term, "stagnation", to describe the state of the world economy. Its immediate causes are the subprime and euro crises. But, globalization, new information and communication technologies and a return to laissez-faire policies, enshrined in the "Washington Consensus", together with an excessive reliance on monetary policies explain, at least in part, the present situation.

It is characterized by low growth, low inflation, low interest rates, high unemployment* and indebtedness. Foreign trade dropped sharply last year following an abrupt fall in commodity prices due to lower growth in China, in a self-feeding mechanism. Unexpectedly, stock markets are doing very well. The October 2016 S&P value is one and half times higher than that of January 2007, i.e. a 4.2% compound growth rate -- a rate 3 times faster than that of the US economy (1.3%). The P/E (price/earnings) ratio exceeds 24 in October versus 19 on average over the last fifty years. This "excess" value derives from an increasing use of margin debts. The S&P and margin debts move in unison since the beginning of 2009.

After low growth, indebtedness is what worries the IMF the most. Debts amount to 225% of world GDP. Two thirds are private debts (about $100 trillion) -- some of which will never be repaid. Some European banks are loaded with bad loans while others took unreasonable risks on derivatives markets. How will governments -- some of them heavily indebted -- rescue those banks when the next crisis hits? For indeed, the question is not whether it comes, but when it does -- not because the capitalist system is subject to recurrent crises but because the global economy is on a collision course with reality. Who ever heard of negative real interest rates? Can it be avoided or its effects reduced?

There is obviously no easy or simple solution but a consensus is emerging to repel it. It combines a set of comprehensive policies (fiscal, monetary and structural) at the national level with international coordination. It's the second part of the plan which poses problems. It means that a government or a central bank may adopt policies which, at least initially, are not in the best interest of the nation. The Federal Reserve could be asked to raise interest rates to prop up the value of the dollar, for instance, at a time the American economy shows signs of weakness. This is incompatible with its dual mandate of maximizing employment while maintaining stable prices and moderate long-term interest rates. International economic cooperation is dead on arrival.

The solution is a new international monetary system to replace the 1944 Bretton Woods Agreement which is half dead. But, that's inconceivable in the present geopolitical environment. The United States will never agree to it. So, what will it be: WWIII or 1929 redux? No one knows. But we do know the world is caught between a rock and a hard place.

Related Topic(s): 1929 Or Great Depression; Debt; Derivatives; Economy; International, Add Tags
Add to My Group(s)
Go To Commenting
The views expressed herein are the sole responsibility of the author and do not necessarily reflect those of this website or its editors.