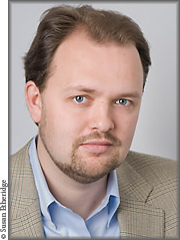 Duluth, Minnesota (OpEdNews) November 23, 2016: Before the election on November 8, 2016, political pundits (roughly the equivalent of weather forecasters) worked with red-and-blue maps of the United States to identify various red "paths" and various blue "paths" that each major political party's 2016 white presidential candidate might take to a possible victory in the Electoral College.

As you may have noticed, no political pundits are crowing today that they called the actual "path" that the Republican Party's 2016 presidential candidate, Donald J. Trump (born in 1946), took to his decisive Electoral College victory.

As I write, the Democratic Party's 2016 presidential candidate, former Secretary of State Hillary Rodham Clinton (born in 1947), holds a substantial lead in the popular vote in excess of two million votes.

Once again, we should note that no political pundit had forecast that Hillary would receive a substantial number of votes in the popular vote, but lose decisively in the Electoral College.

After the election results were known, political pundits promptly pivoted to articulating post-election analyses. Even though it is hard to believe, many political pundits actually get paid real money, just as weather forecasters do.

Mark Lilla (born in 1956) is a white political scientist at Columbia University. Ross Douthat (born in 1979) is a white Catholic convert and conservative columnist at the New York Times.

In the title of Lilla's piece and throughout his essay, he refers to "identity liberalism," which he characterizes as allegedly celebrating the differences of our diverse ethnic groups.

For his part, Douthat is a wee bit more explicit, characterizing "the concept of 'identity politics' as shorthand for a vision of political liberalism as a coalition of diverse -- gay and black and Asian and Hispanic and female and Jewish and Muslim and so on -- bound together by a common struggle against the creaking hegemony of white Christian America [also known as white Anglo-Saxon Protestant, or WASP for short, cultural dominance]."

No doubt the cultural and legislative victories of the black civil rights movement in the 1960s contributed to the white backlash that helped power Trump's Electoral College victory.

Related Topic(s): 1960s; Abortion; Catholic; Democratic; Diversity; Diversity; Identity; Identity Politics; Liberalism; Men; (more...) Multiculturalism; Protestant; Republican, Add Tags  (less...)
Add to My Group(s)
Go To Commenting
The views expressed herein are the sole responsibility of the author and do not necessarily reflect those of this website or its editors.