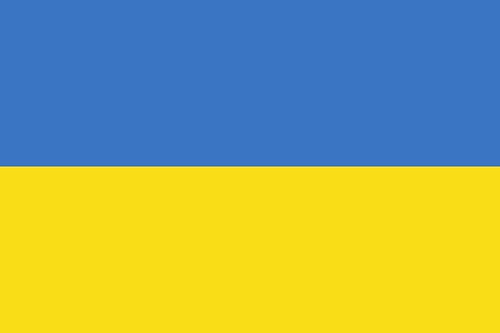 What Has Happened to Ukraine in the Last 3 Years?

This article entitled "A Chance to Make Ukraine Europe's Next Success Story" by George Soros was written December 14, 2015. Billionaire George Soros, one of the biggest supporters of Hillary Clinton (who represents the Establishment that Donald Trump supporters voted against), started Open Society Foundations. In this article from the Foundations' website, Soros writes in the last paragraph "Euromaiden instilled a renewed spirit of cooperation and solidarity in Ukraine."

https://en.wikipedia.org/wiki/Timeline_of_the_Euromaidan According to Wikipedia: "The Euromaiden was a wave of demonstrations and civil unrest in Ukraine, which began on the night of 21 November 2013 with very large public protests demanding closer European integration."

However, a different perspective is presented in the book Flashpoint in Ukraine: How the US Drive for Hegemony Risks World War III, edited by Stephen Lendman. I have selected sentences from a chapter of the book by Mahdi Nazemroaya p. 90-91:

"The takeover of power in Kiev by the mainstream opposition is a coup that has been executed by force, which overlooks the opinions of at least half of the Ukrainian population."

"Both the US and the EU have rubbed elbows with the ultra-nationalists. Oleh Tyahnybok, the leader of Svoboda (formerly the Social Nationalist Party of Ukraine), was even part of the opposition triumvirate that all the US and EU officials visiting Kiev met with while performing their political pilgrimages to Ukraine to encourage the protesters to continue with their demonstrations and riots demanding Euro-Atlantic integration. Svoboda has popularly been described as a neo-Nazi grouping. The World Jewish Congress has demanded that Svoboda be banned. The ultra-nationalist party was even condemned by the EU's own European Parliament."

"Several members of Svoboda have been given key cabinet and government posts...Andry Parubiy, one of the founders of Svoboda, is now the post-coup secretary of the National Security and Defense Council of Ukraine (RNBO). He was the man controlling the so-called "Euromaiden security forces" that fought Ukrainian government forces in Kiev...Parubiy is a leader in the Orange Revolution."

"The ultra-nationalists are such an integral part of the mainstream opposition that the US-supported president of Ukraine, Viktor Yushchenko posthumously awarded the infamous Nazi collaborator Stepan Bandera the title and decoration of the 'Hero of Ukraine' in 2010. Foreign audiences, however, would not know that if they relied on the likes of the US state-run Radio Free Europe, which tried to protect Yushchenko because he wanted to reorient Ukraine toward the US and the EU."

Related Topic(s): Corruption; Crimea; Svoboda; Ukraine; Ukraine Coup; Violence; Yanukovych, Add Tags
Add to My Group(s)
Go To Commenting
The views expressed herein are the sole responsibility of the author and do not necessarily reflect those of this website or its editors.