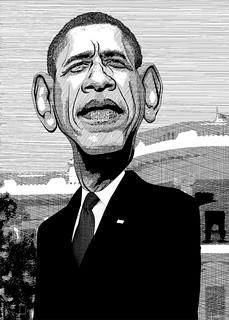 Recently, American President Barack Obama made another speech to put more pressure on Congress for approval of his Nuclear Deal with Iran, stating (according to the New York Times) that unless this bad deal was approved, there would be some kind of war. Beyond the rather meaningless and unprofessional nature of that comment, those of us old enough to remember seventy years of similar presidential pleas have indeed heard it all before. Here are some examples, starting with the most recent, which really resonate:

President George W. Bush : If we do not invade Iraq, they will use Weapons of Mass Destruction to attack their neighbors and their own people".trust me".

President Bill Clinton: If we do not limit the length of time people can receive welfare payments, those payments are going to bankrupt the nation".trust me".

President Ronald Reagan: If we do not massively cut taxes on the wealthy, they will stop investing in American business firms and thus destroy jobs and progress".trust me".

President Gerald Ford: If I do not pardon my predecessor for his High Crimes and Misdemeanors, the nation will be overly burdened by them".trust me".

President Richard Nixon: I am not a crook".trust me".

President Lyndon Johnson: If we do not escalate the war in Vietnam, all of Southeast Asia will fall to the Communists"trust me".

President John Fitzgerald Kennedy: If we do not invade Cuba, the Soviet missiles there will be used against us"trust me".

President Dwight David Eisenhower: If we do not invade Korea, all of Southeast Asia will fall to Communism".trust me".

President Harry Truman: If we do not drop that second atomic bomb on Nagasaki, Japan, the war will continue and more American lives will be lost".trust me".

Undoubtedly, this pattern continues on into the past -- not only into the American past, but elsewhere and into far earlier periods as well. Any time a leaders says Trust Me, extreme caution should be our watchword. Progressives in the United States trusted Barack Obama during the 2008 and 2012 presidential elections, perhaps to the detriment of the cause of a progressive and just society. We all need to learn from past experience.

Related Topic(s): Congress; Experience; Iran; Legacy; Obama; Perspective; Progressives; Weapons, Add Tags
Add to My Group(s)
Go To Commenting
The views expressed herein are the sole responsibility of the author and do not necessarily reflect those of this website or its editors.