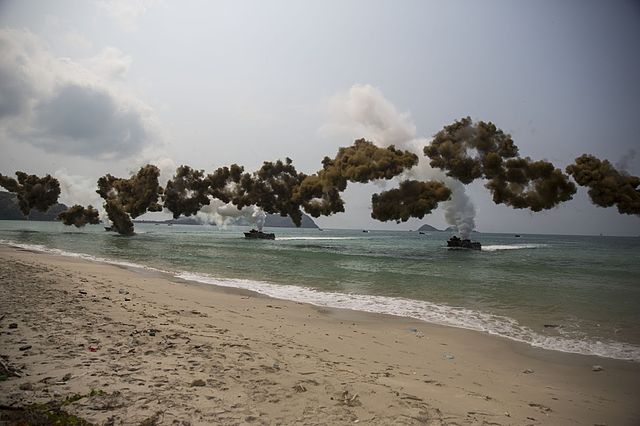 Amnesty International's mission is "to conduct research and generate action to prevent and end grave abuses of human rights, and to demand justice for those whose rights have been violated." Unsurprisingly, the organization's latest report collects "first-hand testimony of survivors, court documents, medical records and various other forms of evidence relating to 74 cases of torture" in Thailand and urges that country's legislature and military government to follow through on their claimed commitments to bring an end to the practice.

After Amnesty staff flew into Bangkok for the report's official release, the regime threatened them with arrest for "visa violations" if the ceremony took place. Apparently the junta, which has ruled the country since a 2014 coup, is unfamiliar with the "Streisand Effect." Their threats ensured that Amnesty's report received more global attention on the morning of its release than it would likely otherwise have received altogether.

Among those who should take notice are American taxpayers, who fork over billions of dollars in direct and indirect military aid to the junta forces -- weapons, cash, the positive cash flow associated with large US-sponsored military exercises like Cobra Gold, and the putative shade of a US "security umbrella."

American law is clear on the subject of such aid. Per 22 US Code 2378d ("Limitation on assistance to security forces," better known as the Leahy Law), "No assistance shall be furnished under this chapter or the Arms Export Control Act ... to any unit of the security forces of a foreign country if the Secretary of State has credible information that such unit has committed a gross violation of human rights."

Surely 74 cases of torture constitute such a gross violation -- as does threatening human-rights activists with arrest for talking about those cases of torture. Yet US military aid has continued to flow to the junta, albeit at a reduced rate for a short time.

As a libertarian, I oppose all US foreign aid for military purposes or any others. The only way the US government can give away that money is to first steal it from Americans (or borrow at interest on the promise to steal it later). Individuals who want to support the Thai junta should write those checks themselves instead of mugging the rest of us.

But failing that, it seems to me that the US government can AT LEAST stop throwing cash at torturers. It's not just a good idea. It's the law.

Related Topic(s): Amnesty International; Military Aid; Thailand; Torture, Add Tags
Add to My Group(s)
Go To Commenting
The views expressed herein are the sole responsibility of the author and do not necessarily reflect those of this website or its editors.