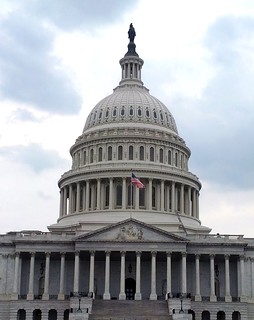 The US Congress passed a five-year, $305 billion highway construction bill Thursday, sending it to the White House where President Obama has pledged to sign it into law. The final bill, after protracted bipartisan negotiations, cleared the House of Representatives by a 359-65 vote and passed the Senate by a margin of 83 to 16. Three Republican senators who are running for president, Marco Rubio, Ted Cruz and Rand Paul, voted against the bill.

While hailed by the leaders of both big business parties as well as the corporate-controlled media, the legislation is little more than a bandaid over the decay of social infrastructure in the United States over the past three decades. While five-year construction bills used to be the norm, because state-level planning efforts require the assurance of adequate federal funding, the current bill is the first such longer-term effort to be adopted in 17 years.

At $305 billion, the legislation is slightly more than half the $478 billion requested by the Obama administration, and even that figure was a drop in the bucket compared to the estimated $3.6 trillion which the American Society of Civil Engineers estimates is required to raise the infrastructure of roads, bridges, dams and airports from its present "D" rating to the level of a "B" rating by 2020.

The bulk of the funding, some $207.4 billion, goes to highway projects, in what will be a windfall for privately owned construction companies that perform nearly all roadwork in the United States. Federal funds are generally matched by state funds on an 80-20 basis, so the total public subsidy to private construction firms will be about $260 billion.

Only $48.7 billion will go to mass transit systems, many of them in the Washington to Boston corridor, where public transportation is most highly developed. Although this level of funding is entirely inadequate to meet the needs of mass transit, particularly the capital investment in new lines, bridges, tunnels and rolling stock, it was enough to secure most Democratic votes in the House and Senate.

The main opposition in both houses of Congress came from ultra-right Republicans either opposed to mass transit subsidies, particularly for Amtrak passenger rail service, or to a provision restoring authority for the federal Export-Import Bank, a target of the Tea Party faction.

For decades, highway transportation projects were entirely funded by the federal gasoline tax, but this has been fixed at 18.4 cents per gallon since 1993. Rising fuel efficiency, expressed in the increase in miles per gallon for nearly all vehicles, has reduced the amount of gas tax revenue as well.

Rather than increase taxes on corporations and the wealthy to cover the $70 billion gap between what is available in the Highway Trust Fund, the repository for gasoline taxes, and the cost of the highway bill, the bipartisan deal relies mainly on a transfer of $53 billion from the Federal Reserve Board, derived from interest payments by major banks for the funds loaned during the 2008-2009 Wall Street bailout.

Other funding stop-gaps include selling oil from the Strategic Petroleum Reserve -- despite current low prices and oversupply in global markets -- and the partial privatization of debt collection by the Internal Revenue Service.

Several other unrelated measures are incorporated into the highway construction bill to appease various corporate lobbies and win the support of their political advocates in Congress. The bill reauthorizes the Export-Import Bank, a federal agency mainly used by Boeing, General Electric and other big exporters to help compete with their foreign rivals in certain overseas markets. The bank's authority was allowed to expire in June because of ultra-right Tea Party opposition, but an amendment to restore it was added to the highway bill last month by a coalition of "moderate" Republicans and nearly all Democrats in the House.

Similarly, federal crop insurance, a boondoggle for big agribusiness companies and the wealthiest farmers, which had been cut in the budget resolution adopted by Congress in September, maintaining federal funding through December 11, was restored by means of an amendment to the highway construction bill. That provision alone was worth $3 billion to the affected companies.

The only significant editorial opposition to the bill came from the Washington Post, which blasted Congress for failing to raise the gas tax for the past 22 years. "For years, the obvious solution has been to raise the gas tax to a suitable level," the newspaper complained. The gas tax, since it is a flat consumption tax on every gallon of gas, is highly regressive, taking a much bigger piece of workers' incomes, particularly those who drive a long way to their jobs, than from the income of the wealthy.

The line-up behind the transportation bill -- the Obama White House working with the Senate and House Republican leaders, Mitch McConnell and Paul Ryan -- is an important signal for next week, when Congress must enact legislation to fund the federal government for the current fiscal year.

Congress has until December 11 to enact spending bills based on the bipartisan agreement reached in October on overall funding levels for the current year and fiscal year 2017, which begins next October 1. That deal was intended to remove any possibility of a partial shutdown of the federal government during the 2016 election campaign, but it is not clear whether the deadline will be met.

In the face of increasing opposition from the right-wing of the Republican Party in the House of Representatives, House Speaker John Boehner resigned October 30 after negotiating the budget deal, leaving it to his successor, Paul Ryan, to push through the actual spending bills for each federal department. It now seems likely that Ryan will be compelled to resort to a single, omnibus spending bill covering all departments except the Pentagon. A defense spending bill was passed last month and signed by Obama.

Patrick Martin writes for the World Socialist Website (wsws.org), a forum for socialist ideas & analysis & published by the International Committee of the Fourth International (ICFI).
Related Topic(s): Congress; Congressional Budget Office; Republican, Add Tags
Add to My Group(s)
Go To Commenting
The views expressed herein are the sole responsibility of the author and do not necessarily reflect those of this website or its editors.