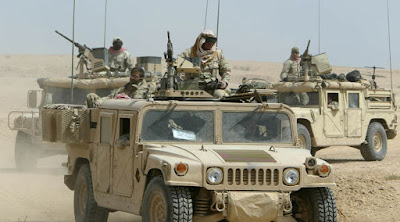 What's happening in Syria has been going on for over five years and it's not a civil war.

U.S. imperialism has been exporting disaster around the world for over a century now, but not since the "Cuban" missile crisis in 1962, has the U.S. put the world on the brink of such a disaster as we are witnessing today.

What's happening in Syria has been going on for over five years and it's not a civil war. The conflict began as a U.S.-funded effort to depose President Bashar Assad and install a puppet government in Damascus friendly to U.S. interests. I am sure there are some legitimate forces in Syria who oppose the government of Assad, but the U.S. does not care about democracy -- after-all, Assad was elected by his people.

Also in Syria, approximately one dozen militias are not only trying to overthrow the Assad government but they are also fighting among themselves. The ranking Democrat on the U.S. Congressional House Intelligence Committee, uber-Zionist Adam Schiff of California, said of the phenomena of CIA-funded militias fighting in places like Aleppo, "It's part of the three-dimensional chess game." This chess game, played by empires for millennia, profit the wealthy and as always, the people pay the heavy price.

Today we learned that China is contemplating joining Russia and Syria in their alliance to protect the sovereignty of Syria and for stabilization in the Middle East.

The U.S. has long invaded and provoked weaker countries like Afghanistan and Iraq which have little hope of retaliating but nonetheless use what resources they have to fight off U.S. imperialism. However, provoking Russia in places like Syria and Ukraine seems to be the height of arrogance and stupidity on the part of the U.S.

For many years, Russian President Vladimir Putin has been the rational actor in this insane U.S. provocation, but Russia is getting ready to fight back -- reportedly holding civil defense drills, warning Russians abroad, and even testing nuclear missiles.

Even though Russia has been invited into Syria by the government -- as rational people who are filled with apprehension over the reality of this danger -- we should be calling on all world leaders to pause in their rush to war. Some of us see no hope for the mis-leaders here in the U.S. to provide some sanity in its foreign policy. In the last U.S. presidential debate between Hillary Clinton and Donald Trump, the war criminal Clinton reaffirmed her hardcore stance to go to war with Russia, through Syria, if necessary. Clinton also declared her support for a "no fly zone" over Syria, which the chair of the U.S. Joint Chiefs of Staff Joseph Dunford said would require 70,000 U.S. troops to maintain and would definitely mean war with Russia.

But the only thing that can really stop imperialist carnage is an international working-class force, refusing to be used as cannon-fodder for capitalism, and instead fighting for socialism.

Our very survival as a species depends on international solidarity.

Cindy Sheehan is the mother of Spc. Casey Austin Sheehan, who was KIA in Iraq on 04/04/04. She is a co-founder and President of Gold Star Families for Peace and the author of two books: Not One More Mother's Child and Dear President Bush.
Related Topic(s): Arrogance; Bashar Al-assad; Nuclear Powers; Syria; Vladimir Putin, Add Tags
Add to My Group(s)
Go To Commenting
The views expressed herein are the sole responsibility of the author and do not necessarily reflect those of this website or its editors.