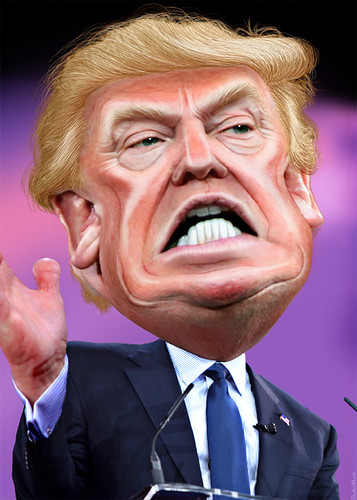 The Democratic Party and the media are doing everything they can to normalize the transfer of political power to Donald Trump, even as his initial appointments confirm the extreme and historically unprecedented character of the administration he will head.

For attorney general, Trump has tapped Alabama Senator Jeff Sessions, long known for his opposition to civil rights and his support for the most invasive forms of government spying, beyond even those backed by the intelligence agencies. He has called for an expansion of police militarization and fiercely denounced immigrants, once declaring that "almost no one from the Dominican Republic" is coming to the US with "a provable skill that would benefit us."

For CIA director, Trump is proposing Representative Mike Pompeo, another advocate of unconstitutional spying programs, who said earlier this year that NSA whistleblower Edward Snowden should be prosecuted, convicted and executed.

For national security advisor, Trump has selected retired general Michael Flynn, a fanatic anti-Islamic militarist who supports the removal of nominal restrictions on torture, saying he believes "in leaving as many options on the table right up until the last possible moment."

Other choices will follow a similar pattern. Reportedly, the top contender for secretary of defense is retired Marine General James Mattis, who led the brutal onslaught against Fallujah, Iraq in 2004 and notoriously declared a year later that "it's fun to shoot some people."

Most significant, however, is the central role of Trump's new "chief strategist" Stephen Bannon, the former head of Breitbart News, who has been hailed by the white nationalist organizations that surround the so-called alt-right (which have also praised the selection of Sessions).

Bannon will play the central role in crafting the overall political agenda of the new administration. In an interview published Friday by Hollywood Reporter, Bannon outlines a policy of economic and political nationalism, with fascistic overtones.

"I'm not a white nationalist," Bannon states, "I'm a nationalist. I'm an economic nationalist." He denounces the "globalists" -- a term popular among the alt-right to refer to anyone who does not support restrictions on trade and the movement of peoples -- for having "gutted the American working class and created a middle class in Asia."

Bannon's aim, he says, is to "build an entirely new political movement" based on this nationalist economic policy combined with debt-fueled infrastructure spending. He declares, "With negative interest rates throughout the world, it's the greatest opportunity to rebuild everything... We're just going to throw it up against the wall and see if it sticks. It will be as exciting as the 1930s, greater than the Reagan revolution -- conservatives, plus populists, in an economic nationalist movement."

This is a type of language that has not been heard before at the summit of American power. While Trump, Bannon and others seek to couch their program in populist language, exploiting the widespread hostility to the Democratic Party and the identity politics of privileged sections of the upper-middle class, the program of economic nationalism is one of brutal class warfare.

Domestically, it means the suppression of all class struggles in the interests of the "nation" and "national security." Internationally, it means resort to war, both to divert social tensions at home and to subordinate the United States' principal competitors in Europe and Asia to the interests of the American ruling class. The new administration will be dominated by the military-intelligence-police apparatus, acting as the violent instrument of Wall Street and the financial aristocracy.

No less significant than the character of the incoming Trump administration is the response of the Democratic Party. With extraordinary speed -- within just two weeks -- the Democrats have moved from hysterical warnings that a Trump victory would be a catastrophe for the country to assurances that they will support the incoming administration and work with it on key elements of policy.

Trump's initial cabinet appointments have coincided with the election of Charles Schumer as the Democratic Senate minority leader. Of all Democrats in the Senate, Schumer is perhaps the closest to Wall Street and the most fervent advocate of trade war measures, particularly against China.

Schumer has elevated Vermont Senator Bernie Sanders to a leadership role in the Senate. During the presidential election campaign, Sanders worked to channel oppositional sentiment of a left-wing and anti-capitalist character behind Hillary Clinton, the candidate of war and Wall Street. As the World Socialist Web Site noted, his nationalist economic program closely paralleled that of Donald Trump.

Related Topic(s): Authoritarianism; Capitalism; Government Lawlessness; Government Seizure; Trump Presidency, Add Tags
Add to My Group(s)
Go To Commenting
The views expressed herein are the sole responsibility of the author and do not necessarily reflect those of this website or its editors.