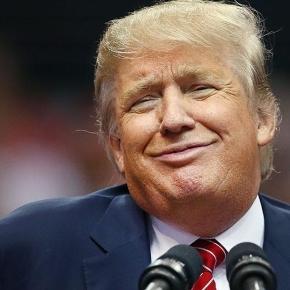 Even if he loses (and I believe he will), Donald Trump has done incalculable damage to America -- eroding the trust and social cohesion the nation depends on.

But he couldn't have accomplished this without three sets of enablers. They must be held accountable, too.

The first is the Republican Party.

For years the GOP has nurtured the xenophobia, racism, fact-free allegations, and wanton disregard for democratic institutions that Trump has fed on.

During this year's Republican primaries, Ben Carson opined that no Muslim should be president of the United States, and Jeb Bush and Ted Cruz suggested Syrian refugees be divided into Christians and Muslims, with only the former allowed entry.

Trump's racism is nothing new, either. Republicans have long played the race card -- charging Democrats with coddling black "welfare queens" and being soft on black crime (remember "Willie Horton").

And Trump's threats not to be bound by the outcome of the election are consistent with the GOP's persistent threats to shut down the government over policy disagreements, and oft-repeated calls for nullification of Supreme Court decisions.

The second set of Trump enablers is the media.

By mid-March, 2016, the New York Times reported that Trump had received almost $1.9 billion of free attention from media of all types -- more than twice what Hillary Clinton received and six times that of Ted Cruz, Trump's nearest Republican rival.

The explanation for this is easy. Trump was already a media personality, and his outrageousness generated an audience -- which, in turn, created big profits for the media.

Media columnist Jim Rutenberg reported CNN president Jeff Zucker gushing over the Trump-induced ratings. "These numbers are crazy -- crazy." CBS president and CEO Leslie Moonves said, "It may not be good for America, but it's damn good for CBS. The money's rolling in and this is fun."

Related Topic(s): America; Corporations; Donald Trump; Donald Trump Lies; Media; Money, Add Tags
Add to My Group(s)
Go To Commenting
The views expressed herein are the sole responsibility of the author and do not necessarily reflect those of this website or its editors.