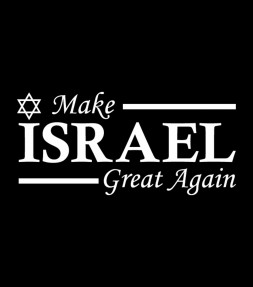 While the United States presidential election bitterly divided the American public, most Israelis were sanguine about the race. Both candidates -- Donald Trump and Hillary Clinton -- were keen to end eight years of icy mistrust between Barack Obama, the outgoing president, and Benjamin Netanyahu.

The Israeli prime minister should -- at least on paper -- be happier with Trump.

Netanyahu, elected four times, has always faced off with Democratic incumbents. Now he has not only a right-wing Republican in the White House but a Republican-dominated Congress too.

Standing guard over the relationship will be Sheldon Adelson, a US casino magnate who is Netanyahu's most vocal supporter. It will not be lost on Trump that the billionaire is one of the Republican Party's main financiers.

Netanyahu was among the first to congratulate Trump by phone. The US president-elect reciprocated by inviting him for talks "at the first opportunity." And yet Netanyahu is reported to be anxious about a Trump White House. Why?

It is certainly not because of Trump's stated policies on the Israel-Palestine conflict.

He has backed moving the American embassy from Tel Aviv to Jerusalem -- a move that, if implemented, would make the US the first western state to recognize the city as Israel's capital. It would effectively rubber-stamp Israel's illegal annexation of East Jerusalem, the expected capital of a Palestinian state.

Previous Republican candidates have made the same promise, but Trump looks like the first who might carry it through. A nervous Palestinian leadership warned at the weekend they would "make life miserable" for him if he did.

Related Topic(s): Benjamin Netanyahu; Israeli Pressure On US; Rights; Trump Presidency, Add Tags
Add to My Group(s)
Go To Commenting
The views expressed herein are the sole responsibility of the author and do not necessarily reflect those of this website or its editors.