Donald Trump, who campaigned as a man of the people and an outsider with very independent politically incorrect foreign policy views, and who finished second in the popular vote, has already made it clear he is in the neo-con camp....................or they in his. He selected James Woolsey, as his foreign policy advisor. Woolsey was CIA chief, was the first to accuse Saddam of complicity in 9/11, hours after the attack, and he is a member of the Project for the New American Century, which wrote the blueprint and rationale for invading 7 ME nations, leading through Iraq and Damascus to Iran, and suggesting we need "a new Pearl Harbor" to mobilize public support for these wars.

9/11, produced by Dick Cheney with the help of the CIA, was this Pearl Harbor, needed to mobilize public support for all out war and a total spy state: welcome 1984, now as farce in the comic impersonator born as Donald Trump. 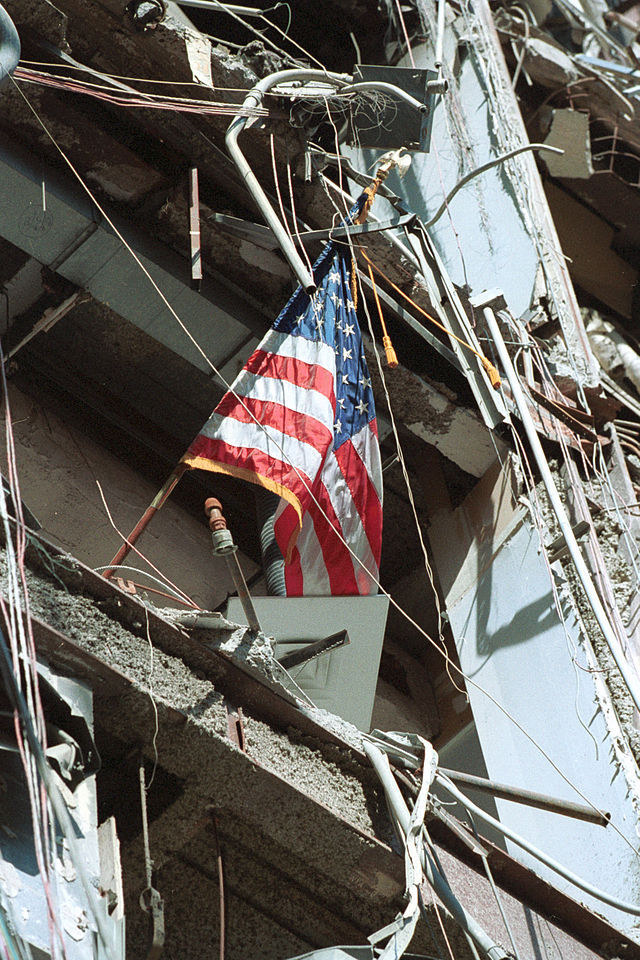 Copyrighted Image? DMCA
Trump says 9/'11 is a lie (as do the members of the 9/11 Commission),but he has chosen a member of the Deep State, with CIA background (the CIA stonewalled the Commission, had contacts with the hijackers, etc), and of course, since the CIA is Wall St,. he also sits on the board of several investment banks and has a lucrative consultant role (wink wink) with global management firm Booz Allen, with Woolsey assigned to help the fascist monarchy in UAE, which is a key violator of human rights and a funder of terrorism, per the Clinton leaked email, to build their spy network (NSA like)

He is a spook/spokesman, the public face of the Deep State, the living merging of the Deep State and Wall Street. (Jefferson:"Banks are even more dangerous than standing armies." In Woolsey the two have merged and will soon occupy the White house, with Trump serving, as Reagan did, as the salesman for the Deep State, keeping it folksy.

TTrump is in bed with the Deep State, and Woolsey is his liaison to the deeper levels, the CIA and below, as well as to investment banking community, with its revolving door with the CIA leadership.

Either way, it debunks the idea Trump is independent of outside or dark influence such as the corruption of money (not Donald: he has no interest in money).: he is either a tool or a member in good standing, showing his true colors for those who know how to google and/or have a good memory concerning his key foreign policy advisor.....

Copyrighted Image? DMCA
So this may be the third Presidency run by the CIA, including Reagan, with Casey's 6 illegal/secret wars and arming bin Laden as Reagan snoozed), Bush I who had been head of the CIA, and now Trump, as evidenced by the CIA/banker Woolsey forming policy (Trump being clueless). Watch as the PNAC agenda continues with an aggressive move on Iran, as Woolsey was a key critic of the Iran Nuke Deal (no nukes involved but , you know.....fear mongering. Just like "a new Pearl Harbor."

Those who predicted the victory of Trump and support him 3% of the time, now predict that the Iran deal, which is working perfectly, will be sabotaged, fear mongered (nukes! nukes!), and perhaps even repealed. This will also help Trump repay his largest donor, Sheldon Adelson, flipping his early position of "neutrality" to robust support for right-wing Israeli policies such as more illegal settlements, end of the 2-state solution, and accompanied by glee from Netanyahu.

The Intercept: Naomi Klein lays out in detail how this Amerian Century war on the Middle East was based on creating a shock so profound that radical changes could be made, enormous new powers assumed, and rights stripped, while the public reeled in fear and confusion. After 9/11, Bush's approval leaped to 92% and "defense" stocks skyrocketed. It worked!

So, that's the plan, and Woolsey is there to direct it. Trump may be the Prince but Woolsey is now his Machiavelli.

Is Trump the ultimate snake oil salesman for the neo-con PNAC script....or is he the clueless, blustering buffoon Woolsey was sent to control? Woolsey is not the only one who plays this role but clearly, Bush chose a neo-con with Deep State ties. We have entered the era of serial coups, with elections being both a nuisance and a distraction. Bush had his handler in Cheney, who was selected by.....Cheney) but Woolsey is close to Trump and is filling his vacuous mind with neo-con poison (Iran is secretly building nukes, Syria is using CW, etc.) Trump, being ignorant, will believe lies Woolsey knows not to be true but useful to advance the PNAC agenda of total destabilization of all but the fascist monarchies and fascist Israel in the Middle East, a combined hubris and a disease that can only be cured (paraphrasing Cortez) by oil. We are the aliens seeking a cure for our lust for fossil fuels, slaying the natives by getting them to slay each other.

Related Topic(s): Coup; Deep Politics; Deep State; Oil And Resource Wars; Oil Politicians; State Terrorism; Trump Cabinet; Trump Strategist; Wall Street, Add Tags
Add to My Group(s)
Go To Commenting
The views expressed herein are the sole responsibility of the author and do not necessarily reflect those of this website or its editors.