Who better to clean out the cesspool that those who created it?

Mussolini, in the Doctrine of Fascism/1932, write that fascism is the "merging of the interests of the state and the corporations." Two recent Presidents who lost the election of the People have now put Wall St in charge of.............Wall St. Paulson, of Goldman-Sachs oversaw the worst financial collapse in 80 years, having totally misjudged the situation, and then demanded hundreds of billions to bail the banks out. Mnunchin, formerly of Goldman-Sachs, continues the corporate takeover of the US government by men who have lost the popular vote and promised to clean up the mess: they have hired the very men who caused it to clean it up. Fascist logic?

"When fascism comes to America, it will come wearing a cross and waving the American flag." Sinclair Lewis in It Can't Happen Here.

He also said that fascism would deny being fascist and instead call itself Americanism. 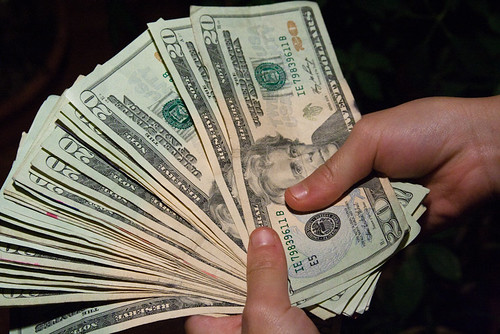 Here is today's proof that the US is a fascist state: "But there's a complication: Instead of cracking down on the pharmaceutical companies that fueled the boom in opioid abuse, lawmakers are rewarding the industry. No health care-related bill of this size could move through Congress without the support of Big Pharma. The authors of the 21st Century Cures Act earned the industry's support by including regulatory rollbacks that drugmakers have long sought and creating cheaper and quicker paths for drug approval by reducing safeguards. It's as if the fire department had to pay off the arsonist to get permission to put out a fire."

Here is the response from progressive watchdog, Eliabeth Warren:

"The 21st Century Cures bill is a massive boon to Big Pharma. Once a bipartisan bill to encourage medical innovation, Big Pharma cronies have loaded it down with handouts and special favors for pharmaceutical corporations, Republican donors and the gun lobby.2 Republicans and corporate Democrats are now trying to ram the bill through in the lame-duck session of Congress.

If Democrats want to show that they are serious about changing a system rigged against everyday Americans, they need to start by fiercely and unanimously opposing this bill.

This legislation includes a giveaway to the gun lobby and slashes money from Medicare and the Affordable Care Act. It includes barely a drop of funding for the National Institutes of Health, even though Republicans have been choking off medical research in America for years. But the worst of all is the giveaway for Big Pharma:3

Corporate puppets in Congress who support this bill are hiding behind misinformation." No sh*t!

Related Topic(s): Billionaires; Donald Trump Lies; Fascist; Hitler; Propaganda; Trump Cabinet; Trump Tax Plan; Wall Street; Wall Street Greed, Add Tags
Add to My Group(s)
Go To Commenting
The views expressed herein are the sole responsibility of the author and do not necessarily reflect those of this website or its editors.