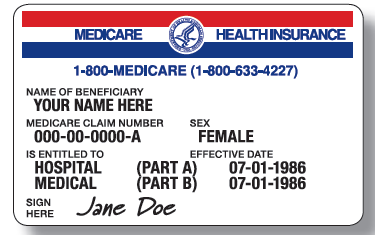 Medicare...Who needs it? We all do!
(Image by accuratechoiceinsurance.com)   Details   DMCA

I just heard on NPR's program, The Takeaway, that Paul Ryan has a draft bill in hand to end Medicare and substitute a privatized program that would give Social Security recipients an allowance each year to be used for any medical cost and let recipients buy care on the open market. He is said to have the votes to pass this bill.

Are you on Medicare? Do you have a relative or friend who is? What do you think will happen to you/them? The death rate for seniors will skyrocket. Paul Ryan doesn't give a damn.

I say this is a third rail issue. When I say third rail I'm not talking about any civilized protest either.

If this bill is filed and goes to a vote I'm sure that every US Rep. who speaks for it and/or votes for it will pay dearly for it. There may be blood in the streets.

What do you think should be done now to convey the gravity of this issue? Please comment.

Related Topic(s): Death; Medicare; Republican Awakening Former; Republican Legislation; Republican Obstructionism; Republican Party Of No; Republican Threats; Republicanism; Seniors, Add Tags
Add to My Group(s)
Go To Commenting
The views expressed herein are the sole responsibility of the author and do not necessarily reflect those of this website or its editors.