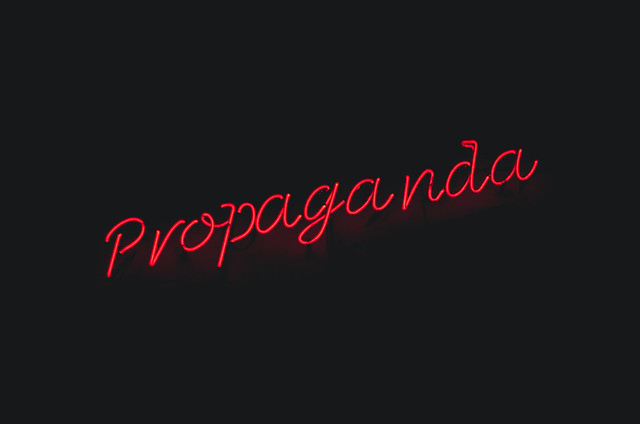 Bombarded relentlessly for decades with cacophonous, image-saturated, information-light television advertising, Americans have been conditioned to reflexively digest propaganda without reflection, inquiry or resentment. As the firewall vanished between TV news and entertainment in the 1970s, public exposure to realities evoking understanding, empathy, conscience and judgment vanished with it. Sponsors dislike their products juxtaposed alongside real-life death and destruction.

Henry Kissinger famously observed, "Control oil and you control nations; control food and you control the people." Controlling the world's food supply as well as oil and minerals have been our chief "foreign policy" objectives. Alongside Haliburton and Blackwater, Monsanto marched into Baghdad behind former Kissinger Associates Managing Director, CPA Administrator Paul Bremer, who brought 100 Orders to the Fertile Crescent including Article 81 to prohibit new seed saving, destroy family farming and install Big Ag. The same condition was imposed upon the U.S.-installed coup government in soil-rich Ukraine, the "Breadbasket of Europe," through EU Article 404 embedded in its $17 billion IMF loan agreement.

Were either of these quietly orchestrated takeovers vitally important to societies we have cruelly victimized reported by the US corporate media? Prerequisite to both Kissinger-prescribed areas of control is public mind control, presaged in 1949 by George Orwell. The corporate media efficiently performs this imperial function, now preparing the American mind for ever-expanding war. The broad reach, complexity, disguises, cynical scripting and human costs of this propaganda cannot be overestimated.

Our mid-August annual Veterans for Peace convention included a recent delegation-to-Syria report. Broad cross-sections of Syrian citizens and organizations had confirmed - as polls, the 2014 Syrian election, and honest visiting journalists report - that President Assad is widely respected and supported by the Syrian people, trusted to protect their secular government and institutions from wanton destruction by US, NATO and associated forces as befell Iraq and Libya.

Syria has a long-established parliament, a 2012-revised constitution approved by 89% of the electorate, and protection of religious and ethnic minorities which Syrians fear is gravely threatened by outside terrorist mercenaries recruited with Saudi/Qatar funding, US Special Forces training, Israel lobby influence, and Turkish logistic support.

A terrible Syrian drought beginning in 2006 forced some 1.5 million rural residents into cities already overwhelmed as sanctuary for nearly two million Iraqi and Palestinian refugees created by the US and Israel. As conditions worsened Assad requested US help, which was ignored by Hillary's State Department which instead assembled forces to opportunistically attack his crippled state innocent of aggression against us.

After NATO's destruction of Libya, urged by Hillary's State Department, its looted arsenals were shipped from Benghazi to arm tens of thousands of these mercenaries to launch yet another so-called "civil war" upon Syria.

The dazed and dirtied 5-year-old Syrian boy is a transparent example of image propaganda, like the Kuwaiti ambassador's daughter fabricating eye-witness testimony about neonatal Iraqi atrocities and the obviously false-flag sarin gas attack in Damascus. This posed image of undocumented attribution and speculative interpretations is typical propaganda for demonizing leaders targeted for attack by the US, NATO and allies under the poorly defined and conveniently flexible R2P doctrine.

This begs the question why reliably sourced, far more damning atrocity images from Israel's Cast Lead and the US in Falluja received no such R2P-evoking proliferation in domestic mainstream media. Can anybody seriously wonder?