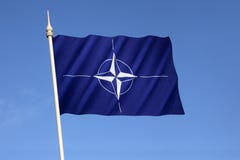 Donald Trump angered the D.C. establishment when he said that NATO, the North Atlantic Treaty Alliance, may be obsolete and the U.S. should reassess its spending on the alliance. Hillary Clinton has used Trump's comments as another example that he is a dangerous, loose cannon. But Trump has brought up an issue worth exploring and this month, when NATO will hold its Annual Summit in Warsaw, Poland on July 8-9, is an excellent opportunity to do so. Indeed, activists are planning to show up on in Warsaw during the Summit and in New York City there will be a demonstration on July 9 in Times Square.

Formed in the early years of the Cold War, 1949, with the United States, Canada, Portugal, Italy, UK, Norway, Denmark, Iceland, Belgium, Netherlands, Luxembourg, and France, by 1952 this post-WWII alliance included Greece and Turkey, and had rejected the Soviet Union's request to join. In 1956, when West Germany was admitted to NATO membership, the USSR formed the Warsaw Pact in response and the Cold War was then on, full-blown. Missiles and nuclear weapons from each side pointed menacingly at each other, with the United States parking nuclear weapons in five NATO countries (Germany, Netherlands, Belgium, Italy and Turkey), where they remain to this day. NATO doctrine provides that nuclear weapons will be used if necessary, at will, on behalf of all its members.

After the Berlin wall fell in 1989 and Gorbachev miraculously let go of all the Soviet-occupied Eastern European countries, dissolving the Warsaw Pact without a shot, the U.S. promised Gorbachev that if he didn't object to East Germany's inclusion in NATO, we would never expand NATO further eastward. Russia had lost 27 million people to the Nazi onslaught during World War II and had good cause to fear a military alliance on its borders. Despite U.S. assurances to Gorbachev, today NATO has expanded to include 12 new countries in eastern and central Europe, including Hungary, the Czech Republic, Poland, Estonia, Latvia, Lithuania, Slovenia, Slovakia, Bulgaria, Romania, Albania and Croatia. NATO now extends right up to Russia's border, and has even been discussing membership with Georgia and the Ukraine.

One can only imagine what the response would be in the United States if Russia were to invite Canada and Mexico into its military alliance. Let us not forget how close we came to war when the Soviet Union put missiles in Cuba. And part of the deal President Kennedy made with President Khrushchev for their removal was to take US missiles out of Turkey. Then George H.W. Bush turned around and put the missiles back in Turkey in 1991, and they were only removed this year after huge objections from Russia.

Meanwhile, in 1991 the U.S. government withdrew from the Anti-Ballistic Missile Treaty we had signed with the Soviets in 1972 and put new missile bases in Poland and Romania. Although NATO took no military action during the Cold War, during the first Gulf War it deployed forces for the first time, and then acted unlawfully when it bombed Yugoslavia without UN authorization. The UN Charter, devoted to preventing "the scourge of war," allows nations to use force only in self-defense when under threat of imminent attack, or when authorized by the Security Council, neither of which had occurred when NATO bombed Yugoslavia in the 1999 Kosovo war. Since then NATO has taken part in many military actions, including in Iraq, Afghanistan, and Libya. But this year it has been particularly aggressive and provocative, conducting massive military maneuvers on Russia's borders.

It is totally unacceptable to be taking these provocative measures when the U.S. and Russia have nearly 2,000 nuclear warheads on hair-trigger alert, loaded on missiles, submarines and airplanes, poised and ready to fire in minutes. Next year, the Pentagon plans to quadruple military spending in Europe to $3.4 billion and begin rotating an armored brigade through Eastern Europe -- in addition to extra NATO forces to be deployed to Poland and the Baltics. The U.S., the main force behind NATO, is already in a deadly proxy war in eastern Ukraine.

In June NATO launched the largest war games since the Cold War, involving hundreds of tanks and jets, as well as 31,000 troops from 24 countries. The war games in Poland included air-ground assaults and electronic warfare scenarios. Airborne units, infantrymen, medics, military police and aviation units have operated jointly throughout the exercise, which culminated in a massive live-fire event led by the U.S. military. A naval exercise involving NATO forces has just begun in Finland. Meanwhile, there is an ongoing "Saber Strike" operation in Estonia, Latvia, and Lithuania.

One can only wonder how, 25 years after the end of the Cold War, we find ourselves rattling our sabers, nuclear and conventional, in this untenable dilemma. Surely President Eisenhower's prescient warning way back in 1961 that "we must guard against the acquisition of unwarranted influence, whether sought or unsought, by the military-industrial complex" is a potent warning for today, more than half a century later.

The time has come to spread the word about the dangerous mischief NATO is causing on Russia's border. With the recent breakup of the old paradigm after the UK just left the European Union, there may be a new opening for change. It has been reported that Germany and France have been talking about ending the sanctions on Russia imposed after the Ukraine events and are now recommending a less aggressive posture for NATO. America too, could do its share to make good on the UN promise to "end the scourge of war" by ratcheting down the hostilities towards Russia and working for the abolition of NATO.

You don't have to be a Donald Trump supporter to recognize that it is time to rethink NATO.

Related Topic(s): NATO; Pentagon; Sanctions; Weapons, Add Tags
Add to My Group(s)
Go To Commenting
The views expressed herein are the sole responsibility of the author and do not necessarily reflect those of this website or its editors.