My guest today is journalist Tom Cahill, a contributing editor who writes for US Uncut and an active member of the Occupy movement.

Joan Brunwasser: Welcome to OpEdNews, Tom. You wrote a recent piece, EXPOSED: Leaked Emails Show DNC Colluded with Media to Push Clinton Nomination. This sounds like a major story. Can you get us started, please?

Tom Cahill: Hi, Joan. Thanks for the introduction. And yes, this is likely the biggest untold story of the 2016 primary. In a nutshell, hacked DNC emails that were leaked by a hacker who calls himself "Guccifer 2.0" showed that the DNC was favoring Hillary Clinton as early as May 26, 2015. This is significant, as Bernie Sanders entered the race as a Democrat in April, so the party had known about Sanders' candidacy for over a month at the time the email was written. The DNC is supposed to be an independent arbiter of primaries and caucuses and not actively get behind a candidate until after the national convention. These emails show that Debbie Wasserman Schultz's constant claims of neutrality were completely false.

I'm very pleased the company appreciated my skills so highly))) But in fact, it was easy, very easy.

"Guccifer may have been the first one who penetrated Hillary Clinton's and other Democrats' mail servers. But he certainly wasn't the last. No wonder any other hacker could easily get access to the DNC's servers.

"Shame on CrowdStrike: Do you think I've been in the DNC's networks for almost a year and saved only two documents? Do you really believe it?

What's particularly sinister about these leaked emails is that it suggests "muddying the waters" around allegations of Hillary Clinton's lack of transparency and questionable campaign finance schemes by planting stories in the media, and working "off-the-record" to "pitch stories with no fingerprints" to national networks, in order to "drive a message."

After reading these leaked emails, it suddenly makes perfect sense why the media narrative about Sanders' candidacy was to dismiss him as a fringe ideologue, and why networks seemed so gung-ho about Clinton's candidacy at the same time. After reading Guccifer 2.0's leaked emails, take a look at coverage from CNN's Brian Stelter, panel discussions featuring paid CNN pundits from the DNC, like Donna Brazile, or MSNBC's Mika Brzezinski and Joe Scarborough on almost any given day, and you can see a clear pro-Clinton bias. Before these emails were leaked, any Sanders supporter who claimed the DNC and the media were colluding to build up Hillary Clinton and demean Sanders was seen as a tinfoil-hat wearing conspiracy theorist. But now, there's a smoking gun.

Perhaps the most telling part about how damning this information is is by gauging the media's reaction to Guccifer 2.0's leaks. When the DNC's opposition research about Donald Trump was leaked, nearly every major media outlet reported on it. The leaked DNC emails showing a collusion with members of the media to plant messaging suggesting Hillary Clinton as the inevitable nominee were virtually ignored by nearly everyone, even though those leaks were on the same website as the leaked Donald Trump oppo research.

While the DNC has publicly refused to acknowledge the revealing emails, it has effectively removed Debbie Wasserman Schultz from her post as DNC chair. While she still retains the title, her power has been effectively stripped, as she's been the deserving target of anger from Bernie Sanders supporters since December, when she briefly removed the Sanders campaign's access to the 50-state voter file. The DNC knows that Sanders and his supporters hold all the cards, and can singlehandedly decide this November whether or not Donald Trump will be the next president, so they're likely preparing Schultz to be the sacrificial lamb to appease the Sanders wing of the party. 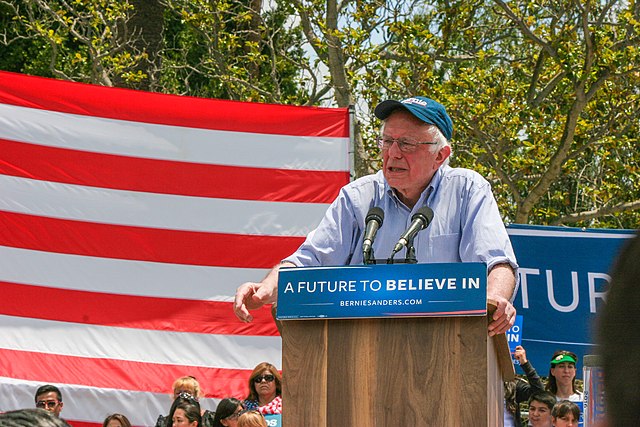 This is unlikely, however, as millions of voters who backed Sanders in the primaries and caucuses have vowed to vote "Bernie or Bust," meaning if Sanders doesn't win the Democratic nomination at the convention this year, they want him to continue running as an independent. The number of "Bernie or Bust" voters has actually grown in the last few months from 25 percent, to 33 percent, to nearly 50 percent. While he doesn't have a majority of the pledged delegates, and while Hillary Clinton maintains an enormous lead in superdelegates that's unlikely to change barring an indictment before July 25, Sanders has correctly said that he's consistently the best candidate to face off against Donald Trump in November.

STAY IN THE KNOW
If you've enjoyed this, sign up for our daily or weekly newsletter to get lots of great progressive content.
Series: "Corruption"

Other Series: View All 13 Articles in "ethics"

Other Series: View All 80 Articles in "journalism"