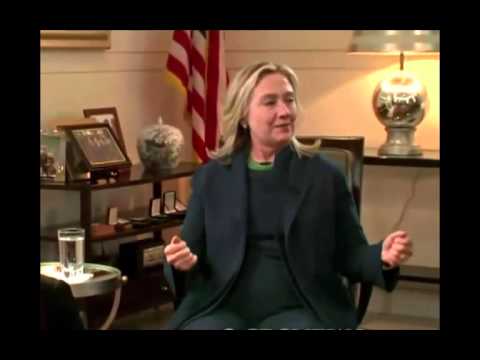 Now that Hillary Clinton has done away with any and all pretenses that she will govern as a progressive with her descent into shrillness and red-baiting, it merits pointing out that the neocons are back with a vengeance. That's right - the very same people who were instrumental in George W. Bush's wars are on the ballot along with her.

Mrs. Clinton has been and always will be a warmonger, a trait that has endeared her to both the Pentagon pimps as well as the Wall Street racketeers who benefit off of a state of perpetual war. With the Clinton restoration all but guaranteed, Hillary has made no secret of her intent to escalate the violence in Syria as well as to instigate what could be a full scale war with Russia -- possibly through the U.S. backing of the Ukrainian gangster regime to mount an invasion of Crimea.

The Democrats have successfully wrestled the mantle of the war party away from the Republicans and as a result the neocons have been migrating back to the party that originally puked them up. With the DNC convention now behind her and Bernie Sanders having been packed off like a crazy old uncle in the attic, Hillary is freed of the shackles of restraint and her speeches have become increasingly bellicose and fascistic in nature.

There are the constant claims of sinister Russian plots to subvert the election and the demonizing of her opponent Donald Trump as the head of the Kremlin's fifth column in America. She has managed to weave together a strident narrative cribbed from the greatest hits of both Senator Joseph McCarthy and Dick Cheney and is now prowling the outer reaches of the lunatic fringe peddling her warmed-over Cold War conspiracy theories.

In one of the most amazing turnabouts in history, the Democrats have also become the party embracing the type of American exceptionalism has served as the lynchpin of the neoconservative ideology ever since the days of Leo Strauss. It was quite the scene to behold when antiwar protesters at the Philadelphia convention were drowned out by mobs of pro-Hillary zealots chanting "USA! USA! USA!", as clear of a sign as any that we have now passed through the looking glass and are being marched up to the gates of Hell itself.

Mrs. Clinton has recently begun invoking the potent elixir of that American exceptionalism on the campaign trail, peppered with her neo-McCarthyist denunciations of her critics. She has even gone so far as to channel George W. Bush's worst excesses in dispersing the "unpatriotic" smear which once again will be used to stifle dissent of critics of perpetual war. It is all very sweet, sweet music to the ears of the neocons. She may as well be Bush in drag.

The exodus from the GOP over to Team Hillary was led by ideological standard bearer Robert Kagan who took to the editorial pages of the neocon-infested Washington Post to denounce Trump as a fascist and to throw his support behind Mrs. Clinton. He is even doing fundraisers for her which is understandable considering that he is married to Victoria "f*ck the EU" Nuland who was instrumental in the coup that toppled the legitimately elected leadership in Ukraine and who is a virtual lock to be Clinton's Secretary of State.

The Kagan family has been a common element that has snaked through decades of ruinous American foreign policy debacles like a corpse-choked river of blood. A refined and well-spoken intellectual, the mild-mannered Kagan needs to be judged on his dangerous ideology rather than his ability to serve as an affable pitchman for the blood barters. He comes across as a big teddy bear but it is what he is preaching that has led to mountains of dead bodies and defense contractor booty.

Mr. Kagan was a co-founder of the infamous Project for the New American Century (PNAC) which became synonymous with the bloody quagmire in Iraq as that war's architects were briefly exiled from respectability. Not to worry though, ever the canny operator, he helped to re-brand and relaunch the neocons as a bipartisan force with the creation of a new think tank The Foreign Policy Initiative (FPI) which has been instrumental in pushing for a new Cold War with the Russia.

While the neocons' advocacy for Israel is well known, their roots are really in the Cold War era and a burning, pathological hatred for Russia. Many of today's most influential neocons -- including Kagan -- found a friendly incubator in the shadowy deep state netherworlds of the Reagan administration where they were able to coalesce under the cold warrior umbrella only to watch in dismay as the Soviet Union collapsed and the great unifying menace of Russian Communism was no more.

They would get another shot at glory though when they rose to the apex of foreign policy power as key drivers of the war machine under George W. Bush and Dick Cheney. The September 11, 2001 attacks and the launching of the permanent Global War on Terror (GWOT) was like a dream come true for the PNAC bunch. In their 2000 manifesto "Rebuilding America's Defenses", the Project for the New American Century longed for "a new Pearl Harbor" as a catalyzing event to gain public acceptance for the use of U.S. military might to conquer the world. On that tragic and terrible day it dropped right into their laps like a gift from the heavens.

But ill-conceived plans often go bad and that's exactly what happened with the invasion of Iraq - a bloody sinkhole of death and despair to this very day and a quagmire that has served to destabilize the entire reason and lead to the rise of the savage extremism of ISIS. While the entire fiasco can't be blamed entirely on Bush - Obama and Hillary's Libyan regime change also played a huge role - it was the neocons who drew up his foreign policy who upset the existing order and threw the Middle East into chaos and anarchy.

Like Ozymandias, the neocon dream seemed dead in the Iraqi desert as well as within the walls of Abu Ghraib prison but they are a persistent bunch and like Lazarus, they have risen from the dead.

As previously mentioned, the neocons have very successfully re-branded and have joined with liberal interventionists for a repackaged global crusade that aims to topple the rule of Vladimir Putin in Moscow. The 24/7 agitprop that is laying the groundwork for a war with Russia began to build to a crescendo soon after the reviled Putin pulled Barack Obama's chestnuts out of the fire over the anticipated 2013 regime change attack on Syria.

Related Topic(s): Cold War II; Donald Trump; Foreign Policy Initiative; Hillary Clinton; Media; Neocon Military Aggression; Neocons-PNAC; Neoconservatives; Ukraine, Add Tags
Add to My Group(s)
Go To Commenting
The views expressed herein are the sole responsibility of the author and do not necessarily reflect those of this website or its editors.