Opening speech at the Kinneret College conference on the connection between Archeology and Ideology.[*] 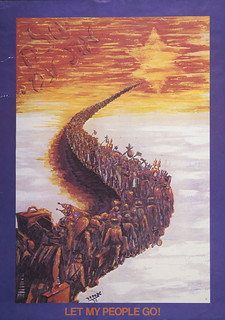 FIRST OF ALL, let me thank you for inviting me to address this important conference. I am neither a professor nor a doctor. Indeed, the highest academic title I ever achieved was SEC (Seventh Elementary Class).

But like many members of my generation, from early youth I took a profound interest in archeology.

I shall try to explain why.

WHEN ASKING themselves about my connection with archeology, some of you will think about Moshe Dayan.

After the June 1967 war, Dayan was a national -- even international -- idol. He was also known for his obsession with archeology. My magazine, "Haolam Hazeh," investigated his activities and found that they were highly destructive. He started digging alone and collecting artifacts all over the country. Since the primary aim of archeology is not simply to discover artifacts but also to date them, and thus to put together a picture of the consecutive history of the site, Dayan's uncontrolled digging created havoc. The fact that he used army resources only worsened matters.

Then we discovered that not only did Dayan expropriate the artifacts which he found (which by law belonged to the state) and stock them at his home, but he had also become an international dealer, getting rich by selling articles "from the personal collection of Moshe Dayan."

Publishing these facts and speaking about them in the Knesset bestowed on me a singular distinction. At the time, a public opinion institute identified every year the "most hated person" in Israel. That year, I attained that honor.

HOWEVER, THE important question does not concern Dayan's morals but a much more profound matter: Why were Dayan and so many of us at the time concerned with archeology, a science considered by many people as a rather dreary business?

It held for us a profound fascination.

That Zionist generation was the first one born in the country (though I myself was born in Germany). For their parents, Palestine was an abstract homeland, a land they had dreamed about in the synagogues of Poland and Ukraine. For their native-born sons and daughters it was a natural homeland.

They were yearning for roots. They trekked to every corner, spent nights around a campfire, came to know every hill and valley.

For them, the Talmud and all the religious texts were a bore. The Talmud and other scriptures had sustained the Jews in the Diaspora for centuries, but evoked no interest here. The new generation embraced the Hebrew Bible with unbounded enthusiasm, not as a religious book (almost all of us were atheists) but as an unequaled masterpiece of Hebrew literature. Since they were also the first generation for whom the rejuvenated Hebrew was their mother tongue, they fell in love with the lively, concrete Biblical Hebrew language. The much more sophisticated, abstract language of the Talmud and other later books repelled them.

The Biblical events had taken place in the country they knew. The Biblical battles had been fought in the valleys they knew, the kings had been crowned and buried in the localities they knew intimately.

They had looked at night at the stars of Megiddo, where the Egyptians had fought the first recorded battle in history (and where, according to the Christian New Testament, the last battle -- the battle of Armageddon -- will take place). They stood on Mount Carmel, where the prophet Elias had slaughtered the priests of Baal. They had visited Hebron, where Abraham had been buried by his two sons, Ishmael and Isaac, fathers of the Arabs and the Jews.

THIS PASSIONATE attachment to the country was by no means preordained. Indeed, Palestine played no role in the birth of modern political Zionism.

Related Topic(s): Arab; Archeology; Israel; Jerusalem; Zionism, Add Tags
Add to My Group(s)
Go To Commenting
The views expressed herein are the sole responsibility of the author and do not necessarily reflect those of this website or its editors.