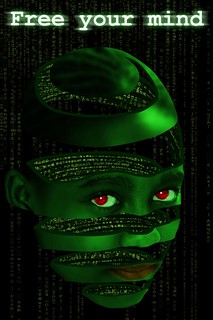 Within one hour of the Paris attacks and without any evidence, the story was set in stone that the perpetrator was ISIL. This is the way propaganda works.

When the West does it, it always succeeds, because the world is accustomed to following the lead of the West. I was amazed to see, for example, Russian news services helping to spread the official story of the Paris attacks despite Russia herself having suffered so often from planted false stories.

Has the Russian media forgotten MH-17? The minute the story was reported that the Malaysian airliner was hit by a Russian missile over eastern Ukraine in the hands of separatists, the blame was ascribed to Russia. And that is where the blame remains despite the absence of evidence.

Has the Russian media also forgotten the "Russian invasion of Ukraine"? This preposterous story is accepted everywhere in the West as gospel.

Has the Russian media forgot about the book by the German newspaper editor who wrote that every European journalist of consequence was an asset of the CIA?

One would have thought that experience would have taught Russian media sources to be careful about explanations that originate in the West.

So now we have what is likely to be another false story set in stone. Just as a few Saudis with box cutters outwitted the entire US national security state, ISIL managed to acquire unacquirable weapons and outwit French intelligence while organizing a series of attacks in Paris.

Why did ISIL do this? Blowback for France's small role in Washington's Middle East violence? Why not the US instead?

Or was ISIL's purpose to have the flow of refugees into Europe blocked by closed borders? Does ISIL really want to keep all of its opponents in Syria and Iraq when instead it can drive them out to Europe? Why have to kill or control millions of people by preventing their flight?

Don't expect any explanations or questions from the media about the story that is set in stone.

The threat to the European political establishment is not ISIL. The threats are the rising anti-EU, anti-immigrant political parties: Pegida in Germany, the UK Independence Party, and the National Front in France. The latest poll shows the National Front's Marine Le Pen leading as the likely French president.

EU rules about refugees and immigrants and Germany's acceptance of one million of the refugees, together with heavy criticism of those governments in Eastern Europe that wanted to put up fences to keep out the refugees, made closing borders impossible.

With the Paris terror attacks, what was impossible became possible, and the President of France immediately announced the closing of France's borders. The border closings will spread. The main issue of the rising dissident political parties will be defused. The EU will be safe, and so will Washington's sovereignty over Europe.

Related Topic(s): France; Government; Matrix; Media; Propaganda; Refugees, Add Tags
Add to My Group(s)
Go To Commenting
The views expressed herein are the sole responsibility of the author and do not necessarily reflect those of this website or its editors.