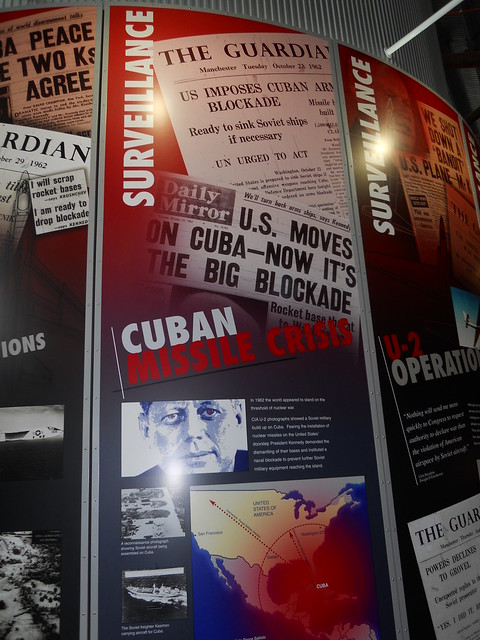 The darkest days of my life were when the Cuban Missile Crisis brought the world to the brink of nuclear annihilation. Fortunately, both the USSR and the US had rational leaders, determined to avoid mass slaughter. Are we that fortunate today?

I want to begin by stating the views of both Trump and Putin, whose friendship is now on the brink of a new nuclear arms race:

"the president-elect's campaign rhetoric is a belief that defense spending has dropped to dangerously low levels, and that the military needs to add lots of people -- more than 160,000 by some estimates -- along with investing heavily in new ships and aircraft.

How will we fund this miitary buildup? As always by borrowing from the Social Security Trust fund. Let the elderly pay....they will die soon anyway!

Here is Putin's positioin, after a decrease of 10% of their defense budget this year, to about 1/15h of the US budget.

NYTimes (Dec 23): " The Russian president, speaking at his annual marathon news conference, also said that Russia would continue to modernize its armed forces, including nuclear weapons, but he added that the level of spending would diminish somewhat in coming years.

He said Russia was not seeking a new arms race or to develop new nuclear warheads, but was instead seeking ways to improve its armaments so that they could pierce missile defenses. The deployment of NATO missile defense systems in countries near Russia has been a sore spot between Moscow and the West."

The threat of a missile defense system is that it enables NATO to make a first strike without risk. For MAD to work, all sides must be vulnerable (and as I argue later, must be sane and rational.

To summarize views: the US with a budget 15 times larger than Russia will spend more for more military might, including adding to its nuclear arsenal, which is adquate to blow the world up many times over already.

Russia will modernize to neutralize the missile defense systems which protect a first strike capability and continue to CUT its defense budget.

Related Topic(s): Cold War; Crisis; Neo-cons; Nukes; Peace; Peace_War; Putin; Terrorism; Threats, Add Tags
Add to My Group(s)
Go To Commenting
The views expressed herein are the sole responsibility of the author and do not necessarily reflect those of this website or its editors.