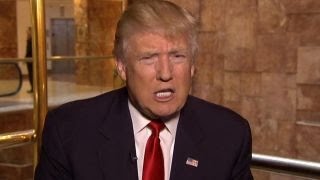 Last week marked a milestone. Donald Trump passed the 1,237 threshold of committed delegates that gives him a lock on the Republican Party presidential nomination. Given his public comments on everything from immigration to terrorism, large segments of the population must be viewing his nomination with horror.

The rise of Trump has provoked a considerable outpouring of commentary from the pundits. Most of it centered on the chief complaint that the white working class is upset about losing its privileged position and see Trump as the ticket to setting things right.

There is considerable truth to this story. Trump's strongest support comes from white men without college degrees, although he also does quite well among small business owners. But before we condemn these workers as hopeless Neanderthals, it is worth stepping back a bit to consider what led them to support Donald Trump's candidacy in the first place.

The "privilege" that these working class whites are looking to defend is middle class factory jobs paying between $15 and $30 an hour. These jobs generally came with decent healthcare benefits and often a traditional defined benefit pension, although that has become increasingly rare over the last two decades.

This is certainly a privileged position compared to billions of people in the developing world who would be happy to make $15 a day. It is also privileged compared to women, whose pay still averages less than 80 percent of their male counterparts. And, it is privileged compared to the situation of African Americans, Hispanics, and other racial and ethnic minorities who have frequently been trapped in the least desirable and lowest paying jobs.

But these factory jobs and other blue collar occupations are hardly privileged when compared to the high flyers in the financial industry, the CEOs and other top level managers, or even professionals like doctors and dentists. These groups have all seen substantial increases in their pay and living standards over the last four decades.

If you want to see "privilege," look to the CEO making $20 million a year as they turn in a mediocre performance managing a major corporation. Or talk to a cardiologist, an occupation with a median annual salary of more than $420,000 a year.

The pundits all know about these disparities in pay, but they want us to believe that they have nothing to do with privilege; rather they reflect the natural workings of the market. And they tend to act really stupid when shown evidence otherwise.

To start with the simplest case, the pundits, who are all free traders, get really blank faced when the topic of protectionism for doctors, dentists, lawyers and other highly paid professionals comes up. Just as there are hundreds of millions of people in the developing world who are prepared to do factory labor for a fraction of the pay of our manufacturing workers, there are tens of millions of really smart ambitious people in the developing world (and Europe) who would happily train to U.S. standards and work as professionals here for a fraction of the pay of our doctors and lawyers. The difference is that we have designed our trade deals to subject our manufacturing workers to competition, while we have maintained or increased the protection for our doctors and lawyers.

Then we have our financial sector where the bankers benefit from "too big to fail" insurance from the government. We also exempt trades of stocks, bonds, and derivatives from the same sort of sales tax that applies to clothes, cars, and most other products. Even an extremely small tax in the financial sector could raise over $100 billion a year, while putting many of the Wall Street high rollers out of business.

Our corporate governance structure has become a cesspool of corruption. Does anyone think corporate directors routinely ask if they could get as good a CEO for half the pay? Why not, this is their job. The governance structure has become an insiders' game where the directors are happy to hand over the shareholders' money to the CEOs and other top management.

This matters not only for CEOs, but it also affects pay structures for top management throughout the economy. The situation is so bad that elite-types now view it as a sacrifice to work for the $175,000 to $200,000 annual pay received by high level government officials.

And we continually make patent protection longer and stronger. Then our elite types genuflect over the fact that people who "own" technology are getting richer relative to people who don't own the technology. (In case you missed it, longer and stronger patent protection is how they own technology.) If you don't think this is a big deal, consider the fact that we will spend over $430 billion this year on prescription drugs that would likely sell for one-tenth this price in a free market. The difference of $380 billion (2.1 percent of GDP) is close to five times what the government spends on food stamps. And this is just one area.

Finally, the Federal Reserve Board is prepared to slam on the brakes to slow the economy at the first evidence that workers are seeing substantial gains in real wages. The next interest rate hike may come as early as next month.

There is no excuse for supporting a racist, sexist, xenophobic buffoon like Donald Trump. But we should be clear; the workers who turn to him do have real grievances. The system has been rigged against them. And it is a bit hypocritical of those who have benefited from this rigging to be mocking the poor judgment of its victims.

Dr. Dean Baker is a macroeconomist and Co-Director of the Center for Economic and Policy Research in Washington, D.C. He previously worked as a senior economist at the Economic Policy Institute and an assistant professor at Bucknell University. (more...)
Related Topic(s): Donald Trump; Elitism; Workers, Add Tags
Add to My Group(s)
Go To Commenting
The views expressed herein are the sole responsibility of the author and do not necessarily reflect those of this website or its editors.