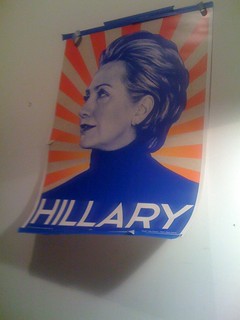 Almost all the economic gains are still going to the top, leaving America's vast middle class with stagnant wages and little or no job security. Two-thirds of Americans are working paycheck to paycheck.

Meanwhile, big money is taking over our democracy.

If there were ever a time for a bold Democratic voice on behalf of hardworking Americans, it is now.

Yet I don't recall a time when the Democratic Party's most prominent office holders sounded as meek. With the exception of Elizabeth Warren, they're pussycats. If Paul Wellstone, Teddy Kennedy, Robert Kennedy, or Ann Richards were still with us, they'd be hollering.

The fire now is on the right, stoked by the Koch brothers, Rupert Murdoch, and a pocketful of hedge-fund billionaires.

Today's Republican firebrands, beginning with Ted Cruz, blame the poor, blacks, Latinos, and immigrants for what's been happening. They avoid any mention of wealth and power.

Which brings me to Hillary Rodham Clinton.

Some wonder about the strength of her values and ideals. I don't. I've known her since she was 19 years old, and have no doubt where her heart is. For her entire career she's been deeply committed to equal opportunity and upward mobility.

Some worry she's been too compromised by big money -- that the circle of wealthy donors she and her husband have cultivated over the years has dulled her sensitivity to the struggling middle class and poor.

But it's wrong to assume great wealth, or even a social circle of the wealthy, is incompatible with a deep commitment to reform -- as Teddy Roosevelt and his fifth-cousin Franklin clearly demonstrated.

The more relevant concern is Hillary Clinton's willingness to fight.

Politicians usually seek to appeal to as many voters as possible, eschewing controversy. After a devastating first midterm election, her husband famously "triangulated" between Democrats and Republicans, seeking to find a middle position above the fray.

But these times are different. Not in 90 years has America harbored a greater concentration of wealth at the very top. Not since the Gilded Age of the 1890s has American politics been as corrupted by big money as it is today.

If Hillary Clinton is to get the mandate she needs for America to get back on track, she will have to be clear with the American people about what is happening and why -- and what must be done.

Related Topic(s): Democratic; Hillary Clinton; Policies; Power; Reform, Add Tags
Add to My Group(s)
Go To Commenting
The views expressed herein are the sole responsibility of the author and do not necessarily reflect those of this website or its editors.