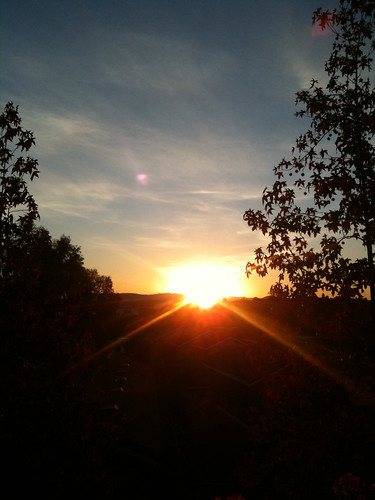 A number of my friends and acquaintances are grieving over feeling like they have to choose between voting for a really bad crook and a really, really bad crook. Others are heartbroken that they were offered a brief glimpse of Camelot, only to have it prematurely snuffed out. Many seem to be swallowed up by a "dark night of the soul," scared or angry about what they are afraid might happen.

I have news for all of them. It ain't over 'til the fat lady sings.

Currently, no one holds the nomination for either party. There are, in this moment, only presumed nominees.

I choose not to ride on that wagon.

I am accosted by wellmeaning friends who charge me to "face reality."

OK, then. I shall. Here is the reality:

We are still in the vetting process for presidential nominations.

No one has been nominated yet.

We have been on a presidential primary ride where a multitude of unexpected things have happened. It would not be coherent to assume that there will be no more unexpected surprises before the national conventions.