In a democratic Republic, majority rules; in a dictatorship, the minority rules. That is why Hitler and Mussolini, who never won elections, seized power and abolished elections. In the US, the slave owners gave us a way to declare the loser the winner without abolishing elections, giving the pretext of democracy, while betraying it and, at the same time, the principles on which our nation was founded. 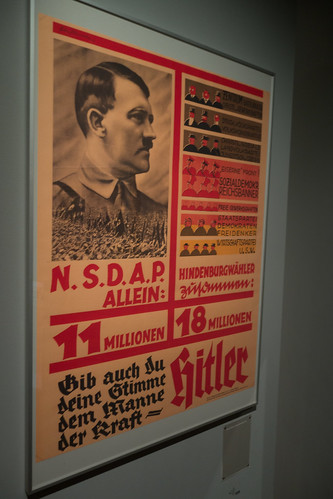 Hitler never won an election: he found other ways to seize power.

"We hold these truths to be self-evident, that all men are created equal, that they are endowed by their Creator with certain unalienable Rights, that among these are Life, Liberty and the pursuit of Happiness. -- That to secure these rights, Governments are instituted among Men, deriving their just powers from the consent of the governed, -- That whenever any Form of Government becomes destructive of these ends, it is the Right of the People to alter or to abolish it, and to institute new Government,.."

Trump lost by over 2 million votes. He did not win. Like all dictators, he is using legal schemes to reverse the vote of the people on which consent and thus legitimacy is based. Everything that Hitler did was legal....a corrupt institution cannot be justly used to overturn the election results.

Here is the rot which sits at the heart of our electoral system:

"All animals are equal; but some are more equal than others."

Orwell's key defining features of totalitarian rule applies to the US.

Four sparsely populated conservative states, with 3.8 million residents have 12 electoral votes. California, with 38 million, should, all things being equal, have 120...(and thus no Trump), but Cali has only 55. The voters in Montana, Wyoming, North Dakota, and Idaho are more than twice as equal as those in California.

Fourteen rural, conservative states with 23 million have more electoral votes than California with 38 million. This is the rabbit hole, a world in which 2 + 2 = 9.

Voltaire wrote: "Those who can be persuaded to believe absurdities can be persuaded to commit atrocities." Witness our other losing President, George Bush II. When victory goes to the candidate who does not have the most vote, we are in the world of totalitarian madness. Imagine a game in which the Warriors win by 6 points, but a committee meets and decides that enough of the Warrior points have less value than those of the loser...and so the loser is the winner. This is.......madness.

And so Trump cannot claim consent: he is a fraud. The reason is that the Constitution was written by wealthy slave owners and this device as well as the 3/5 rule were put in to block the voice of the people and ensure the control of the new nation by the slave-owning class: our first 7 Presidents were slave owners, and 3 were among the top .005%. Why defend a relic of slavery? Do you believe that because 95% of the signers of the Constitution were slave owners and created a system to establish their rule that we should honor that today? Should we not then likewise honor slavery?

RFK, like his brother, was cut down by the Deep State. There is more than one way to stop the voice of the People.

One such device is the Electoral College, which is no more defensible than slavery, as both are forms of the tyranny of the few: Washington and Jefferson were in the top 40 of 200,000 slave owners in a nation of 4 million: in the first election, only 1% (43,000) were qualified to vote.

No other developed nation has a system to overturn the vote of the people. Those that do are rightly called dictatorships; an appeal to the arguments of slave owners 230 years ago is pure rot. It was rot then; it is rot now. A government based on rot will spoil the entire barrel. This is how the swamp got poisoned in the first place.

Related Topic(s): Anti-democratic; Democracy; Election; Electoral College; Equal; Equality; Fraud; Government; Hitler; Liberty; (more...) Revolution; Rights; Slavery; Tyranny, Add Tags  (less...)
Add to My Group(s)
Go To Commenting
The views expressed herein are the sole responsibility of the author and do not necessarily reflect those of this website or its editors.