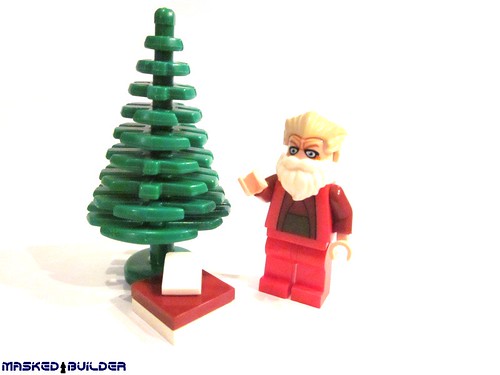 The annual War on Christmas, which began Black Friday, will finally end at New Year's Day.

There are three main reasons it ends on New Year's Day.

First, there are football games that displace the energy the easily-distracted ultra-right wing needs to get through the end of the year.

Second, Donald Trump needs the time to prepare for the presidency. He has continuously declared that people should say "Merry Christmas" rather than "Happy Holiday." He says when he becomes president, "We're going to start saying 'Merry Christmas' again." How he was going to enforce his edict without violating the Constitution or trampling the rights of private enterprise is not clear, but it does appeal to the core of his supporters. He did suggest boycotting stores that didn't greet customers with a "Merry Christmas" salute.

This year, the religious right focused their anger at coffee, protesting the decision by Star Bucks to place its green and white logo on red coffee cups instead of cups that featured traditional symbols. The corporation just wanted a change in its seasonal cups and had no malice to any religion. Also changing the "Christmas Cup" is Dunkin' Donuts, which placed the red script "Joy" set inside green leafs against a white background. Among department store chains that have instructed their employees to wish customers a "Happy Holiday" are Best Buy, Victoria's Secret, and Wal-Mart. They, and thousands of other stores, respect their customers who are Jews, Muslims, Taoists, Buddhists, and numerous other religions that do not worship a man named Jesus who Christians believe is a deity. However, most American non-Christians aren't offended by being wished a "Merry Christmas"; they accept the spirit of the season and usually respond with an equally festive "Merry Christmas."

Third, it's impossible to wage fight something that doesn't exist. The War on Christianity has been made up by the ultra-right to rally supporters to its own point of view, and its interpretation that Santa Claus is an overweight white male with white hair and beard, dressed in a red suit, and goes "ho-ho-ho" every Christmas season. But that man at various times in history has been an elf or a midget, and the name hasn't always been Santa Claus.

Nevertheless, the American Family Association (AFA) says it's liberals who have waged the War because they "want to eradicate anything that reminds Americans of Christianity." The AFA and the politically right-wing blame the American Civil Liberties Union (ACLU) for the manufactured religious-neutral salutation. They have called the ACLU and others the anti-Christ, anti-Christian, and god-less communists. However, almost all who prefer to address others and prefer to be greeted with a "Happy Holiday" wish are not anti-Christian.

Conservative radio hosts Bill O'Reilly and John Gibson co-created the War a decade ago in response to corporations and individuals wishing people a "Happy Holiday" instead of a "Merry Christmas." This year O'Reilly said it was terrorism to cancel a school play because of religious references. Fox News, hundreds of right-wing web sites, the online conservative news site Brieitbart.com, and thousands of parents protested a southeast Pennsylvania school for cancelling a Christmas play after a Jewish student complained. That was enough for the conservative crowd to go to Facebook and other social media sites to again blame liberals. However, the student merely asked to be excused from attending the play, and the school board agreed the student had that First Amendment right. The principal cancelled the play not because it had a Christian religious theme but because he said it took 20 hours to prepare; both he and the district board agreed the time to prepare the play was excessive; the Commonwealth of Pennsylvania requires at least 180 days of instruction every year.

Wishing others a Merry Christmas, a Happy Holiday, a Happy Hanukkah--which began on Christmas Eve this year--or not wishing anyone anything is a fundamental right.

The ACLU, other groups, and a few million Americans just want to keep religion separate from government, which is what the Founding Fathers wanted, and what the Supreme Court must uphold.

[Dr. Brasch is an award-winning journalist, and author of Fracking America: Sacrificing Health and the Environment for Short-Term Economic Benefit.]

Related Topic(s): Christmas; Donald Trump; People Trump Donald; War On Christmas, Add Tags
Add to My Group(s)
Go To Commenting
The views expressed herein are the sole responsibility of the author and do not necessarily reflect those of this website or its editors.