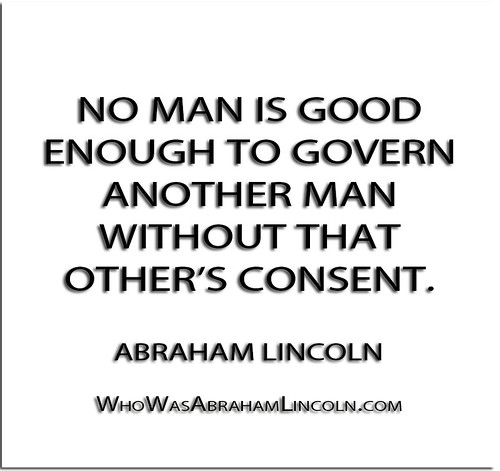 Among the many lies being spread, including on these pages of OEN, is the lie that those who are calling for changing or repealing the Electoral College have just come out of the woodwork for partisan reasons because their candidate, who won by 3 million, is now planning an Electoral coup, whereas "they" were fine with the Electoral College in the past. I would call that a Lie of the Century, given the evidence of over 700 attempts to change or repeal, several being in this Century. The problem,of course, is that the anti-democratic Electoral College can only be touched with an anti-democratic 2/3 vote, nearly impossible to achieve when the "College" benefits the minority party, which needs only 34 out of 100 votes to block any changes or repeal.

Anti-democracy rules! And in the 20th Century, anti-democracy has been the ideology of fascism, the marriage of the power of the State with the financial power of the corporations. It was, after all, Hitler who first said "Liberalism is a disease," but not the first to say "Democracy is mob rule," before he banished elections, which he had never won. Our Founding Fathers, 95% slave owners, who frame the Constitution, believed that "Democracy is mob rule," and so they devised a system where the minority ruled, first the slave owners who had the first 7 Presidents, then the banks and corporations, who rule today.

This is a fake quote (per monticello.org) used by the right wing to justify the tyranny of the minority.

Below, I document the many failed efforts to change/repeal the Electoral College, to refute the current lie that this attempt to change the College is a new, Clintonite reaction to "losing." The truth of course that attempts to repeal or change are on behalf of democratic values, equality of votes, and the legitimacy of government based on consent of the governed. A minority can NEVER confer consent over a majority. That is a total violation of our founding values in the Declaration of Independence, betrayed in the Constitution which sets up many firewalls against democracy and the will of We the People. Well, change it, then: over 700 attempts have failed, due to the huge firewall of the 2/3 requirement, another way to thwart a supermajority even. I hope in this article to provide the evidence to crush this new lie with daunting evidence and provide others with the information needed to challenge the lie with the truth. If we do not challenge lies, we are complicit in them.

1. Slavery was once the law of the land. Legality does not confer legitimacy, as everything Hitler did was legal, including exterminating millions in the death camps. Jeffeson, who wrote "all men are created equal" sold slave children age 5 as a "good investment."

2. The claim that no on complained about the Electoral College before it became the tool by which a man who lost the election by 3 million votes was poised to use it to gain power...is not true.

3. The difficulty is that the Amendment process requires a 2/3 vote of Congress and this is nearly impossible to achieve on any significant issue: it is another way that democracy is thwarted.

5. Recent attempts show how difficult it is to find a consensus of 2/3, a bar so high that it has blocked attempts for our entire history.

."1950: The Lodge-Gossett Amendment was a classic example of a reform plan known as proportional allocation. The plan was introduced in the 81st Congress (1949-1950) as an amendment proposal that would abolish the Electoral College as it was known, replacing it with a proportional electoral vote.

The Lodge-Gossett Amendment passed the Senate with a super majority by a vote of 64-27, but died a bitter death in the House. "