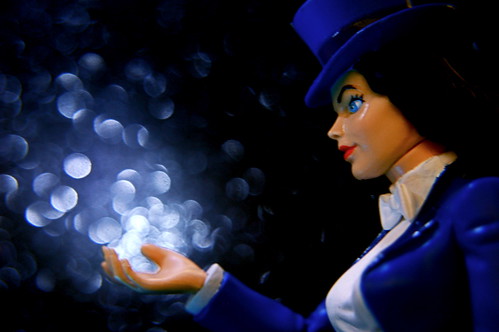 It is your right and duty to vote.

My fellow Americans, I have heard this many times. Very likely so have you.

It is a trick. A con game, playing with numbers, rules, traditions and finally authorities telling you what just happened.

Some background. For the past two years my wife and I have lived in Iowa and last February 2016 was my first caucus experience, a sort of primary for specific parties, so I heard. My wife is from Europe and politically interested, to the point of researching and publishing articles on community participation
and representation. At first I attempted to explain how things were done here, but I came to the pessimistic conclusions which I present here.

Let us look behind the performance curtain to ascertain if this is a magician's trick or a con game. There may be other conclusions, but they are obscure.

I attended a mock Caucus about three months before, late 2015, at the local university. In this practice session the Democrats and the Republicans gathered together in a great hall. We went to different sides of the room and divided into groups under specific candidates. I was surrounded by young college kids,
and the energy was positive and playful. Okay, voting in Iowa!

Then came the caucus itself. I later felt foolish that I had walked in there with a certain excitement. I was definitely naive. I published the following on Facebook in early February 2016:

Iowa Caucus: shame on the Democrats

The day after. This is your intrepid reporter Stephen Poplin reporting from Iowa.

The news shows told you one story, I will tell you what I saw and experienced personally.

I am a Bernie Sanders supporter and I can tell you this: many young people came out to vote -- perhaps for the first time, and they walked away disappointed and frustrated, as did I.
Furthermore, Martin O'Malley was robbed.
The strange and sad thing here was that the Republicans did it right. All of their votes counted.
Shame on the Democrats.
Here's how it went down. The Democrats are stuck in an unfair antiquated system of counting
delegates instead of individual votes. They do not apologize for this but stubbornly declare that "This is how we do it." Like this lame explanation would convince anyone. They say that it isjust math, but it doesn't count. I will give you my numbers, coming from Ames, Iowa.

404 individuals gathered in a local school here for the three Democratic candidates. This was divided (mathematically) into 8 delegates, or into 50 people per delegate. Yes. We became
blocks of 50. Then we were told that we needed to have 15% of this larger group, or 60 people, to be viable. Viable? This was bad news for O'Malley, and probably not just in Ames. As the
rules were explained to us, when a candidate did not receive this 15% then those voters would need to choose one of the other candidates, namely Bernie or Hillary. Little did I know at the
time was that the Republicans had anonymous paper votes and each vote counted. What a concept. I could guess that O'Malley would have gotten more votes than Ben Carson, who
nabbed 9% and is still hopeful. O'Malley could have gotten 14%, but that doesn't count. His votes were subsumed or eaten up by the process, which I find unfair and undemocratic.
I continue with our numbers. Bernie then got 219 votes, and Hillary had 185, so we had 34 more votes than she did. This comes to 54% to her 46%. So Bernie defeated Hillary. Now
comes more bad math: as we were in blocks of 50, and Hillary got more than 175 votes (which would be half of that 50), then she got 4 delegates, and we (Bernie) got 4 delegates. We were
robbed. I saw the frustrated looks on the faces of these young Bernie supporters, and they left, as did I. Meanwhile the backwards Democrats were on to choosing individual delegates from the groups. These 8 delegates, misrepresenting the actual numbers, are to go to the next levels, on up to Iowa state representation, which will happen on down the political road. Disappointing and not representative.
Later that evening I discovered that coins had been tossed in six other districts when there was a tie between Sanders and Clinton. Incredulous! The actual numbers from Iowa were never
counted, by the way. We really don't know who won there.
Now I know why there is a poor turnout for the Democrats in this caucus. Compare, and do the math; The Republicans had around 40,000 more voters. Why? Their individual votes counted.
This unfair delegate system by the Democratic Party in Iowa should be scrapped, as should the anachronistic Electoral College system for the national elections, which will raise its dull head
next November 2016.

Those are the numbers, and my conclusions, and that's the news from here.

And so we Americans went on to separate the candidates into a winner for each party. These series of presidential primary elections and caucuses, as we know, took place between February and June of 2016. My wife and I observed this process with frustration and sometimes with disbelief. 2 parties and
2 candidates. What a choice.

The phenomenon of Super-delegates became the next undemocratic factor, dismissing millions of votes. This insider device was concocted in the 1980s by establishment Democrats to keep people like Jimmy Carter out of the process. What? I will take a Jimmy Carter as my representative any day, thank
you. We then witnessed this very system edge out Bernie. I'm sure the DNC toasted that victory.

Stephen Poplin, M.A., spiritual coach and transpersonal hypnotherapist, has degrees in philosophy and humanities and has taught these subjects at several colleges and universities. When not guiding individuals towards self actualization, he is a (more...)

Get Well! Hypnosis and Healing

The Amazing Disappearing Vote Trick, and a call to Electors for Dec 19th