This is a famous quote, but most people don't know that it was penned by a twentieth century French Catholic writer named Francois Mauriac, or that the famous century German philosopher, Martin Heidegger whose life span corresponds almost exactly to that of Mauriac said: Tell me how you read and I'll tell you who you are." I don't know whether this was an example of intellectual one-upmanship, but clearly, the act of reading was seen by both as fundamental to character formation.[tag] 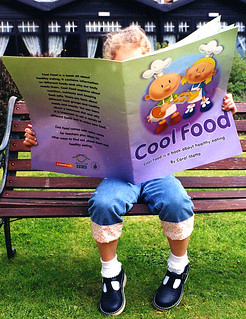 While the US struggles with No Child Left Behind and mandatory testing, the evidence is mounting that this basic skill is not fostering curiosity, as shown by what Americans read, and how they read. The mainstream media has succeeded in its aspiration to severely limit American knowledge of other nations and peoples, thus leaving government and business free to interact with them solely in pursuit of their own interests.

Having entered into a free on-line trial of the New York Times for a month, I received an e-mail inviting me to discover the ten most read stories of the week It was even more disheartening that what I had expected.

During the week in which the US and five other major countries reached a historic deal over nuclear weapons with a country that has been ostracized for forty-five years, and during which yet another country in the Middle East descended into civil war, what were the most read articles published by 'the newspaper of record'?

Admittedly, the list is based on its on-line readership, while most older readers still turn the pages over their morning coffee. On the other hand, on-line readers represent the generation that is about to inherit the most awesome responsibilities the world has ever known, so I think the list is worth pondering:

1. On Conquering Fear, David Brooks' latest, centered on Moses and his nemesis, the Egyptian Pharaoh.

2. A review of a new mini series, Wolf Hall, set in the court of King Henry VIII

3. Review of 'Diego Rivera and Frida Kahlo in Detroit'

4. Stunning views of earth from space

5. A retired Japanese fighter pilot warns Japan against revising its constitution to enable it to wage war again.

6. Mad Men and its love affair with 60's pop culture

8. Bigotry, the Bible, and the Lessons of Indiana

9. The Conscience of a Corporation by Timothy Egan, about Hobby Lobby

10. Review of the Broadway show Skylight.

While Brooks' piece may be a sly way of telling Netanyahu to get a grip, together with the story about the World War II Japanese pilot who favors pieace and the finger pointing to the oil and gas industry, only three out of ten most read stories address the multiple crises threatening survival on planet earth!

In a vivid confirmation of Chris Hedges indictment of politics as spectacle, Times readers are blissfully unaware that we may be heading for nuclear war with Russia over Ukraine; none of them care that Boko Haram assassinated another 175 Christians in Kenya, that the Palestinian Authority formally joined the World Criminal Court, or even that California, which provides most of the nation's fruits and vegetables, has had to ration water in the state's most severe drought ever, as global warming accelerates.