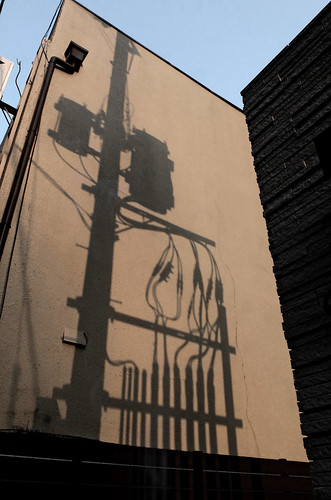 How/does DAS relate to 5G antennas (which will support the Internet of Things, IoT)? Good question. I don't know.

I do know that despite the IoT's massive cybersecurity risks and energy use, the FCC does not want to limit it in any way. The FCC considers 5G "a national priority" since it will get consumers to buy lots more new things (that connect to the Internet).

I do know that legislators don't want their town sued by telecom corporations. Discussing any antennas' health effects with legislators may therefore prove to be a dead-end. Remember Section 704 of the 1996 Telecom Act, which states that "No state or local government or instrumentality thereof may regulate the placement, construction, or modification of personal wireless service facilities on the basis of the environmental effects of radio frequency emissions." (Here, "environmental effects" includes health effects.)

* is no good during a power outage, since cell phones and voice-over Internet protocols (VOIPs) like Skype and Magic Jack require electricity.

If you community doesn't want to wake up to antennas on the public rights-of-way near homes, schools and businesses:

1. Get to know your town's telecom-facilities ordinance. Get a lawyer on board with you. Read Blake's book, Cell Towers: Wireless Convenience? Or Environmental Hazard?

3. Aim for local authority over infrastructure placement. If a cellular antenna gets mounted on a structure that does not hold other wireless gear, that's a new structure. Usually, a new structure requires neighborhood notification, a public hearing and a vote before a permit is issued.

4. Ask about liability re hacking and cell tower fires. City-wide Wi-Fi makes residents and businesses more vulnerable to hacking. (From a nearby sidewalk, a hacker could access a baby monitor or "smart" refrigerator or any other device connected to the Internet.) What protections will municipalities and telecom corporations provide against hacking? In the event that someone is hacked, who'd be liable? Also, who will be liable in the event that cellular antennas on public-rights-of-way catch fire or collapse?

Katie Singer writes about nature and technology in Letters to Greta. She spoke about the Internet's footprint in 2018, at the United Nations' Forum on Science, Technology & Innovation, and, in 2019, on a panel with the climatologist Dr. (more...)

Related Topic(s): Cell Phone; Health; Health Alternative; Infrastructure US; Public Utilities; Technology, Add Tags
Add to My Group(s)
Go To Commenting
The views expressed herein are the sole responsibility of the author and do not necessarily reflect those of this website or its editors.

Part 2 of An Electronic Silent Spring