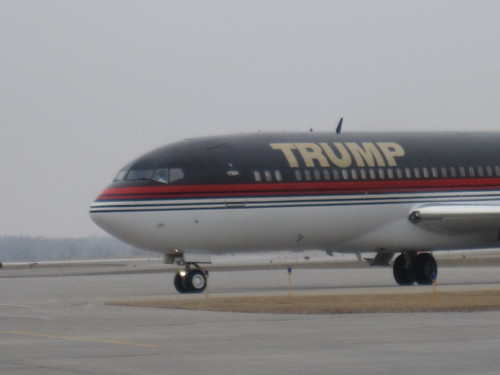 Donald Trump says there are "ridiculous regulations [on coal] that put you out of business and make it impossible to compete." He says if he is president, he would reduce those regulations. Those regulations that Trump doesn't like are enforced by the Environmental Protection Agency to protect miners and the public.

In speech after speech in the coal-producing states, he has said, "We're going to get those miners back to work . . . the miners of West Virginia and Pennsylvania . . . [In] Ohio and all over are going to start to work again, believe me. They are going to be proud again to be miners." He also says the voters in coal-rich states "are going to be proud of me."

As expected, his comments are met by extended cheers. However, other than splashing rhetoric to get votes, he doesn't say how he plans to put miners back to work, nor does he address the issues of the high cost to create "clean coal," or that a president doesn't have absolute power to reduce federal legislation. But his words sound good to the mining industry in Wyoming, West Virginia, Kentucky, Pennsylvania, and Illinois, the top five states in coal production.

Trump is also a vigorous proponent of using fracking to extract natural gas and oil, a position that has led the American Energy Alliance (AEA) to endorse him for the presidency. In 2012, Trump tweeted: "Fracking will lead to American energy independence," a statement parroting a major argument of the oil and gas industry, but which is inaccurate. In March, he erroneously said, "Did you know, if they fracked in New York [which has a ban on fracking], New York would lower its taxes, would have no debt, would have made a fortune. Instead, Pennsylvania [which permits fracking] took all the money." Like the AEA and Chambers of Commerce, he disregards the effects upon the environment and public health. But, he also sends a mixed message about fracking. He argues that local governments and voters should have the right to ban fracking. It is a position the oil and gas industry, as well as numerous politicians oppose, but which moderate environmental groups accept as a reality.

Hillary Clinton is also trying to get votes and, like Trump, she sends a mixed message. She says she supports the use of fracking to extract oil and gas but has also said, "We've got to move away from coal and all the other fossil fuels," and that she has "long been in favor of states and cities within states making up their own minds whether or not they want to permit fracking." When she was secretary of state, she spearheaded the development of the Global Shale Gas Initiative, which promoted fracking and the use of fossil fuel as an energy source. In 2010, Clinton told a meeting of foreign ministers, "Natural gas is the cleanest fossil fuel available for power generation today." Two years later, she convinced Romania to overturn its ban on fracking and sign a 30-year mining lease with Chevron.

Gary Johnson, former governor of New Mexico and the Libertarian party's nominee for president, supports fracking but wants increased regulation and oversight. He says he will "keep an open mind" about fracking, and argues, "the fact that in Pennsylvania you could turn your faucet on and get water before fracking, and afterwards you could light it--that's a concern. That's a real live concern." Both Johnson and Bill Weld, former governor of Massachusetts and the Libertarian Party's vice-presidential nominee, are strong environmentalists.

Dr. Jill Stein, a physician and the Green Party's nominee for president, is the only major nominee to oppose fracking and the use of fossil fuel energy. In the 1990s, as an environmental activist, she was a leader in the protests against coal plants in Massachusetts. She and her party demand a ban on fracking, and push for the development of renewable energy. "In the real world," says Stein, "wells leak and pipelines spill. The supposed climate benefits of burning natural gas are being revealed as nothing more than greenwashing by the fossil fuel industry." Fracking, she says, "is a national threat to our water, our health, and our future [and] it's time to work for a national ban on fracking and a just transition to 100 percent clean renewable energy by 2030."