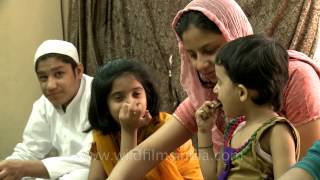 The agreement, reached last Friday, began under a cloud of opposition within the U.S. and Israeli governments. The plan would lead to American and Russian forces jointly targeting terrorist groups.

The New York Times reported that the cease-fire exposed "an increasingly public divide between Secretary Kerry and U.S. Defense Secretary Ashton B. Carter."

Secretary Carter "was among the administration officials who pushed against the agreement on a conference call with the White House last week as Secretary Kerry, joining the argument from a secure facility in Geneva, grew increasingly frustrated."

In the end, Secretary Kerry prevailed. After hours of debate, on Friday President Obama approved the cease-fire, even as Pentagon officials "remained unconvinced."

The Australian Broadcasting Company reported that under the truce agreement, the United States and Russia would reduce violence over seven consecutive days before moving to the next stage of "coordinating military strikes against Nusra Front and Islamic State militants, which are not party to the truce."

Secretary Carter and Israel's right-wing government are united in their opposition to this "coordination."

In an appearance on The Real News Network, Lawrence Wilkerson, former chief of staff to U.S. Secretary of State Colin Powell in the Bush Administration, said:

"A lot of what's going on in Syria, indirectly or directly, has impact on Israel. I think what the Israeli leadership is thinking right now is that the longer this war goes on, the safer Israel is, because it can do as [Prime Minister] Netanyahu has said, for example, in regard to the Golan Heights: they're ours forever; we're never going to give them up."

Wilkerson added that, in his opinion, anything else Israel can grab away from Syria "while this turmoil is going on is [Israel's]... increasing the distance an enemy would have to come to invade Israel."

From Wilkerson's perspective, Netanyahu opposes the current cease-fire because "all these powers are occupied killing one another, as it were, and so they can't take on Israel."

"I think strategically this [fighting in Syria] is dynamite for Israel. We are looking at the potential for things to start falling apart for Israel quickly and dynamically and dramatically....

"The United States [has] some really serious choices to make about this... That is another element we don't like to talk about much in the United States, but it is intrinsic to this situation, and certainly to an ultimate solution to it."

Related Topic(s): Agreement; Benjamin Netanyahu; Opposition; Syria; Syrian Truce, Add Tags
Add to My Group(s)
Go To Commenting
The views expressed herein are the sole responsibility of the author and do not necessarily reflect those of this website or its editors.