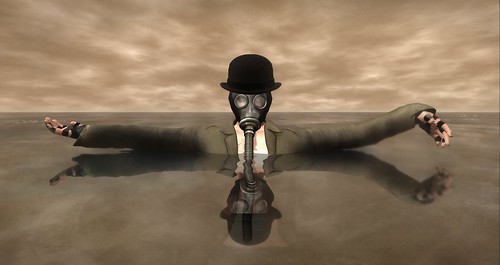 I've been trying to write something about the election. It's so disturbing and depressing I haven't been able to pull it together. So, I'll just post the soundbites.

Are we mentally prepared to accept the word c*nt as a part of our national dialogue?

personality wracked, accidentally fascist, monosyllabic demagogue with the tendencies of a fraternity house rapist. He potentially is as dangerous as any psychopath or despot living or dead.

Last night I had a conversation with a local Trumpist about the election. His final statement was "We gotta get rid of that wood-shed ni**er. Hillary is gonna be run by him." Interestingly there is a wee bit of truth in there -- she will continue many of Obama's policies -- the fellow could not articulate intelligently any policy, left or right. Contained in that gentleman's statement above is the trail of the whole stinking, rank enchilada -- dangerous, willful ignorance empowered by racism and very parochial nativisim, manipulated and validated by the powerful and simply waiting to be turned loose. These folks are not going away, but we don't need them to have a champion in the White House.

The currently empowered right is an American terrorist agency. If allowed to hold the reins of power they will systematically destroy with impunity. There is no doubt that they are dangerous. They have already vandalized Christianity and waged war on women and the environment. They are not a political party -- they are a cult of destruction dressed in a desperate amalgamation of Leave it to Beaver, the Spanish Inquisition, The Gong Show and a saluting Barber at Nuremberg: the most terrifying clown suit imaginable.

Related Topic(s): 2016 Presidential Election; Christianity; Donald Trump; Environment; Guevara; Hillary Clinton; Inquisition; Right Wing, Add Tags
Add to My Group(s)
Go To Commenting
The views expressed herein are the sole responsibility of the author and do not necessarily reflect those of this website or its editors.