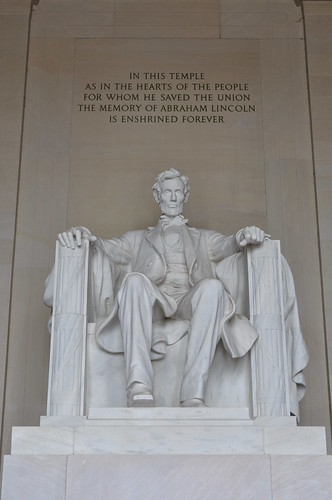 So far there have been 44 U.S. presidents, each with their own legacy. Two of these presidents were in office for only a month, so their legacies are short. Generally, the more malevolent a particular president was in office the more the legacy needs to be spun to flatter the subject and keep America's powerless in the dark so as not to weaken the power elite of America's corpocracy; namely, its corporate, political, and military leaders, along with the shadow government (e.g., the CIA director), and, in the inner circle, fanatical proponents of America's manifest destiny to control the world's resources.

The 42 presidents all had in common two malevolent characteristics that needed the most spinning. One was their psychopathology, a condition of them all that has been substantiated by experts.1 The other is their unflinching willingness to authorize covert and overt wars that all told and so far have claimed and are continuing to claim countless millions of lives of civilians and those killed in combat.2 Currently, we are told that "the US is dropping bombs quicker than it can make them."3 Before continuing reflect for a moment on what that quote really means. It means it's just another sickening reminder of how heinous America's power elite are in their endless effort to control the world's resources.

The purpose of this article is threefold: to shed the slime light on the whitewashing by America's corpocracy of five of our nation's truly despicable yet revered presidents; to show how legacy spinning is but a microcosm of the power elites' broader agenda; and to point out the overall implications of that agenda.

As the nation's first president George Washington also became the nation's first "warrior-in-chief." He advocated a "regular and standing" army to "awe the Indians, protect our Trade, prevent the encroachment of our Neighbours of Canada and the Florida's---[and] establishing arsenals of all kinds of military stores."4 He relied on that army in the Northwest Indian War that resulted in several thousand casualties and also in quelling the so-called "whiskey rebellion."5 Why should any different behavior have been expected from a man who was an experienced warrior on numerous occasions even before the American Revolution?6

"Honest Abe?" As a young man, legend says it's so. As president, real legend says "absolutely not!" Ordinarily I don't quote whole paragraphs from other sources, but I am making an exception here: "A president of the United States would never operate outside the law, ignore the U.S. Constitution and the courts, shut down the presses, imprison his domestic adversaries or turn his guns on his own people. Well, Abraham Lincoln, the 16th president did of all of that and, curiously, has been turned into a national hero for his troubles. Lincoln ignored his closest advisors and the temper of the times to engage in the bloodiest war in American history, a war that could easily have been avoided." Thomas DiLorenzo, economics professor, historian, and prolific author, wrote that passage in his book about "The Real Lincoln."7 One of his other books highlights the "dishonest Abe."8 I have also written in two of my books about Lincoln and the Civil War, but I don't have Professor DiLorenzo's credentials.9 In doing the research to write the newer of those two books I read twice over Howard Zin's enlightening book on American history, and learned that Lincoln was actually a racist.10 Perhaps more than any other president, Lincoln's legacy is the most spun.

I may be aged (more...)
Related Topic(s): 2015; American Exceptionalism; American Terror; Corpocracy; History; Legacy; Military; Wars, Add Tags
Add to My Group(s)
Go To Commenting
The views expressed herein are the sole responsibility of the author and do not necessarily reflect those of this website or its editors.