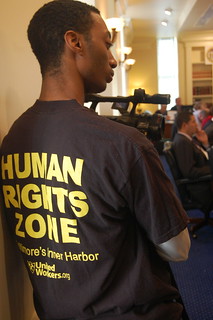 Snaking its way through the Pennsylvania legislature is a bill that will block local governments from requiring companies to provide sick leave, even if unpaid, that is more than required by state or federal regulations.

Gov. Tom Wolf opposes this legislation, will probably veto it, and then have to deal with a Senate that has enough votes to override that veto.

The proposed legislation is in response to Philadelphia's recent directive that requires companies with at least 10 employees to provide mandatory sick leave for its workers. Several metropolitan U.S. cities, as well as California, Connecticut, and Massachusetts, already require companies to provide sick leave to employees.

Republicans are hypocritically philosophically conflicted on the legislation. Their party believes in limited government regulation, and this bill would keep government out of private enterprise's believed-right to treat workers as serfs. However, Republicans also believe that, if necessary, government should be at the lowest political level, and municipal government is about as low as it can get. Thus, cities should be able to impose rules and requirements in the absence of state and federal law.

Most legislators don't understand political philosophy. What they understand is political donations. In this case, the business community opposes sick leave policies, believing corporate executives know better than workers or governments what's best for the workers. As is the case for their opposition to raising minimum wage, it is because sick leave, somehow in their warped minds, reduces profits, shareholder dividends, and executive bonuses, benefits, and compensations.

The pretend-savings to preserve corporate greed, however, is a false economy. By not providing a decent sick leave policy, companies risk employees coming to work sick in order not to lose a day's pay--or be fired.

This can lead to increased accidents because workers may be too ill to perform their jobs adequately.

The absence of a sick leave program can also lead a worker with a communicable disease to spread it to other workers and to the public. About 68 percent of all employees report they came to work with a stomach virus and other communicable diseases, according to a poll conducted by the National Opinion Research Center at the University of Chicago.

About 30 percent of all workers said they became ill because of communicable diseases spread by fellow workers, according to the National Foundation for Infectious Diseases.

Not having adequate sick leave also can result in workers not staying home to care for sick children who, without anyone to care for them, go to school sick, and cause illnesses in other students, staff, and teachers.

Related Topic(s): Corporate; Corporate Accountability; Corporate Citizenship; Corporate Executives CEOS People; Employees; Greed; Health Care Benefits; Illness; Republican; Workers, Add Tags
Add to My Group(s)
Go To Commenting
The views expressed herein are the sole responsibility of the author and do not necessarily reflect those of this website or its editors.