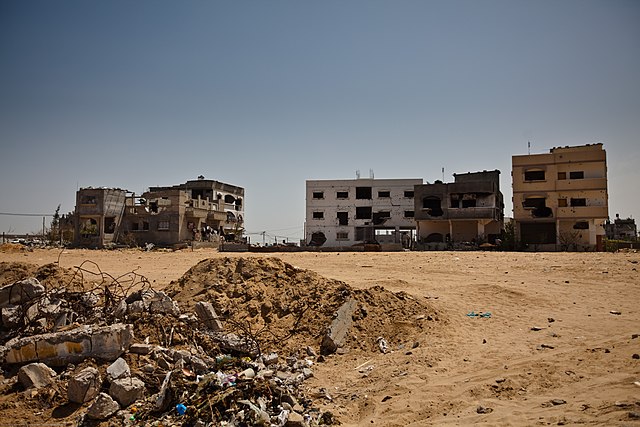 Shurat HaDin, Israel Law Center, characterizes itself as a non-governmental organization "at the forefront of fighting terrorism and safeguarding Jewish rights worldwide."

On July 10, the organization filed a federal lawsuit on alleged behalf of the families of five Americans (one American tourist and four Israeli-American dual citizens) killed in attacks that the suit blames on Hamas, the Islamist organization governing Palestine's Gaza Strip area. Facebook, the suit alleges, assists Hamas (in violation of the US Anti-Terrorism Act) in "recruiting, radicalizing, and instructing terrorists, raising funds, creating fear and carrying out attacks."

The suit seeks to punish Facebook to the tune of $1 billion for failure to censor public communications of which the Israeli government disapproves. This should be troubling for two reasons.

First, the obvious: Federal law (47 USC 230) protects sites like Facebook vis a vis content created by their users: "No provider or user of an interactive computer service shall be treated as the publisher or speaker of any information provided by another information content provider." There's a reason for that legal provision, and this lawsuit highlights that reason: Suing Facebook because Hamas operatives use social media is like suing AT&T because Hamas operatives talk on the telephone.

Second, the less obvious: As I previously mentioned, Shurat Hadin characterizes itself as a non-governmental organization. In reality, it seems to at the very least serve as a front for, and quite possibly to function as a de facto litigation arm of, the Israeli state.

A 2007 US embassy cable -- revealed by whistleblower-site Wikileaks -- cites Shurat Hadin founder Nitsana Darshan Leitner as admitting that, at least at one time, the organization received evidence and took direction from the Israeli government, claiming that "[t]he National Security Council (NSC) legal office saw the use of civil courts as a way to do things that they are not authorized to do."

Shurat HaDin's lawsuits against Facebook (this one and another, filed in 2015, which complains that Facebook's tools for connecting people with similar interests as "[allow] Palestinian terrorists to incite violent attacks against Israeli citizens and Jews on its internet platform") are, in a word, "lawfare": Asymmetric warfare carried out through abuse of legal and judicial systems to accomplish military aims.

The US government has no business involving itself in the conflict between Israel and Hamas -- nor should the US courts allow Shurat HaDin to turn Facebook and other US firms into collateral damage in that conflict.

Related Topic(s): Facebook; Hamas; Israel; Lawsuits; Shurat Hadin; Wikileaks, Add Tags
Add to My Group(s)
Go To Commenting
The views expressed herein are the sole responsibility of the author and do not necessarily reflect those of this website or its editors.