Many people have been told by an LLMD (Lyme-literate medical doctor) that they have chronic Lyme disease. However, there is really no such thing as an LLMD, and there might be no such thing as chronic Lyme disease. Those patients probably do have a chronic inflammatory disease, but they have been given the wrong diagnosis and are getting the wrong treatment. Many chronic inflammatory diseases can be cured by a simple change in diet. The only way to find out is to try an elimination diet and see what happens. For advice on an elimination diet, people should see an RD (registered dietitian) who works with their regular doctor.

An MD degree, which stands for medical doctor, means that the person has been graduated from an accredited school of medicine. Often, medical doctors have other credentials. For example, FACP means that the doctor is a Fellow of the American College of Physicians. A fellowship is a real, meaningful credential. In contrast, LLMD is a phony credential. Let the buyer beware.

People seek out LLMDs for an understandable reason. When sick people go to a doctor, they mainly want the doctor to answer three questions: What is happening to me? Why is it happening to me? and How can you make it stop happening to me? In many cases, the doctor cannot answer any of those questions. Desperate patients often go from doctor to doctor until they find someone who gives satisfying answers to at least one of those questions. Often, it is a struggle just to find a doctor who believes that they are really sick. Yet the answer that satisfies the patient is not always correct. As a result, people with mysterious chronic illnesses become easy prey for practitioners who provide false but satisfying answers. Many of these practitioners use one catch-all diagnosis. Since Lyme disease can cause many odd symptoms, it is useful as a catch-all diagnosis.

The doctors who call themselves "Lyme-literate" have been giving patients the answers that the patients are desperate to hear: Yes, you really are sick. I know what is happening to you, and I will try to make it stop. The LLMDs then start the patients on a long course of antibiotics, sometimes intravenously. This long-term treatment is profitable for the doctor. However, the long-term antibiotic treatment does little or no good and can cause serious harm, including death. In other words, the patients are given the wrong diagnosis. As a result, they get the wrong treatment, which probably does more harm than good. Since the treatment involves overuse of antibiotics, it poses a risk to everyone's health. 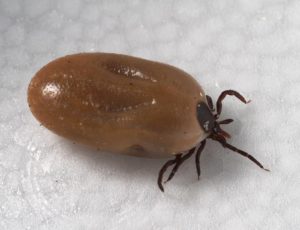 Lyme disease is useful as a catch-all diagnosis because it produces chronic inflammation. Thus, it produces the same signs and symptoms as many other chronic inflammatory diseases. The first known cases of Lyme disease were originally diagnosed as juvenile rheumatoid arthritis because the patients had hot, swollen, painful joints. Then, someone thought it was odd that so many children from Old Lyme, Connecticut, were coming down with the same rare, noncontagious disease. These children had been playing in the woods, and some of them remembered having tick bites and rashes. 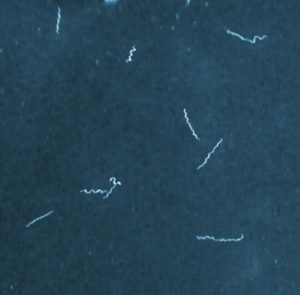 Unless you saw a tick or a rash, Lyme disease looks and feels just like many other chronic inflammatory diseases. The only way to tell these diseases apart is to do some laboratory tests. Unfortunately, the laboratory tests are not always accurate.

In real cases of Lyme disease, a 2- to 4-week course of antibiotics is effective in curing the infection. So far, we have no evidence that the bacteria can survive the recommended course of antibiotic therapy. Of course, the antibiotic cannot undo the damage that the infection has done to the body. Thus, some people may continue to suffer from symptoms, even after their Borrelia burgdorferi infection has been cured with antibiotics. However, this problem should not be called chronic Lyme disease. Instead, it could be called post Lyme disease syndrome (PLDS). But in many of these cases, the symptoms may be due to some other disease. A patient can have more than one disease at a time!

Many chronic inflammatory diseases are due to a rich, fatty diet. Often, these diseases can be cured by switching to a low-fat, purely plant based (vegan) diet. A few plant-source foods can create problems for some people. The most common offenders are wheat, soy, nuts, citrus fruits, and strawberries. A registered dietitian can help you plan an elimination diet to figure out which foods might be making you sick.

Related Topic(s): Antibiotic; Diagnosis; Doctors; Health; Health; Illness; Lyme; Lyme Disease; Medicine; Patients; (more...) Therapy; Therapy, Add Tags  (less...)
Add to My Group(s)
Go To Commenting
The views expressed herein are the sole responsibility of the author and do not necessarily reflect those of this website or its editors.