Moscow is no longer the capital of an evil empire. Why is Washington stuck in a Cold War mindset? 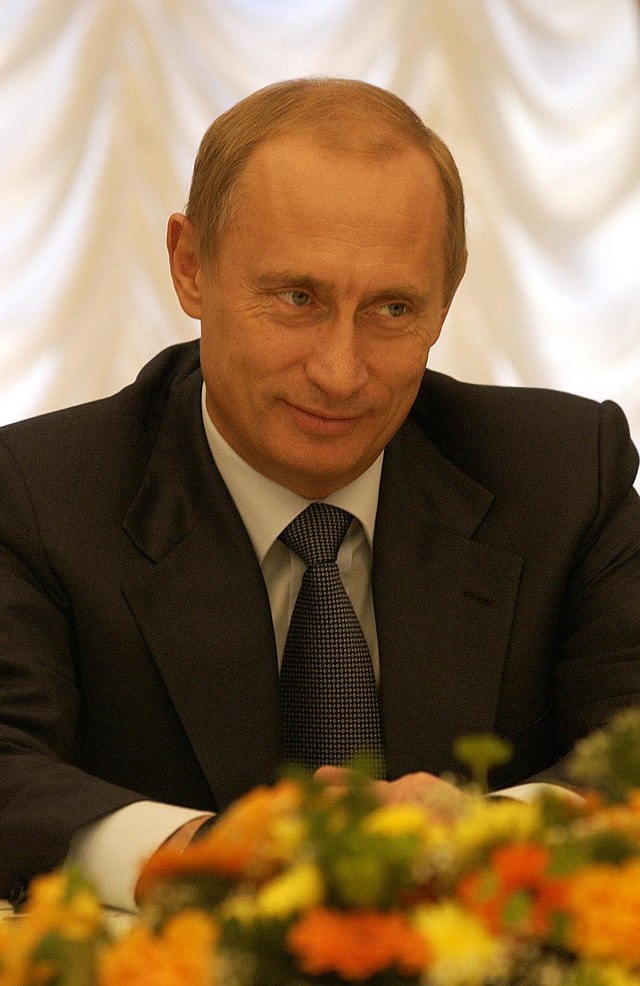 Whenever the subject of American foreign-policy catastrophes comes up, the word "Iraq" immediately comes to mind. But George W. Bush's ill-fated invasion of that hapless land in reality did not do irreparable damage to the United States. That is not to trivialize the costs, including trillions of dollars and the deaths of thousands of Americans plus hundreds of thousands of Iraqis, but the reality is that the U.S. homeland was not attacked and the economy has not collapsed, making Iraq a war that should never have been fought but not a defeat in historic terms.

One thinks of Russia less frequently when U.S. policy failures are examined. In 1991, Russia was a superpower. Today it is a convenience, a straw man fortuitously produced whenever someone in power wants to justify weapons expenditures or the initiation of new military interventions in faraway places. Much of the negative interaction between Washington and Moscow is driven by the consensus among policymakers, the Western media, and the inside-the-beltway crowd that Russia is again -- or perhaps is still and always will be -- the enemy du jour. But frequently forgotten or ignored is the fact that Moscow, even in its much-reduced state, continues to control the only military resource on the planet that can destroy the United States, suggesting caution should be in order when one goes about goading the bear.

Truly, the unwillingness to takes steps after 1991 to assist Russia in its post-communism transformation into a stable, prosperous, and secure state modeled on the West is the most significant foreign-policy failure by both Democratic and Republican administrations over the past 30 years. The spoliation of Russia's natural resources carried out by Western carpetbaggers working with local grifters-turned-oligarchs under Boris Yeltsin, the expansion of NATO to Russia's doorstep initiated by Bill Clinton, and the interference in Russia's internal affairs by the U.S. government (including the Magnitsky Act) have exploited Russian vulnerability and have produced a series of governments in Moscow that have become increasingly paranoid and disinclined to cooperate with what they see as a threatening Washington.

There have also been unnecessary slights and insults along the way, including sanctions on Russian officials and a refusal to attend the Sochi Olympics, to cite only two examples. The drive by Washington democracy-promoters and global hegemonists working together to push Ukraine into the Western economic and political sphere was a major miscalculation, as they failed to realize -- or did not care -- that what takes place in Kiev is to Moscow a vital interest. Heedless of that reality, the Obama administration, which recently endorsed the somewhat bizarre entry of Montenegro into the NATO alliance, is already treating Georgia and Ukraine as if they were de facto members. Hillary Clinton, who has likened Vladimir Putin to Adolf Hitler, has pledged to bring about their full membership in the alliance. It would not in any way make Americans more secure -- quite the contrary, as the United States is pledging itself under the NATO Article 5 to defend both countries. Moscow for its part would be forced to react to such expansion.

Nearly everything Russia does is considered wrong or even threatening by the White House, Congress, and the U.S. media. I was reminded of that predilection when I read recent accounts of Russian "harassment" of American diplomats overseas. The story described how, in one instance, a U.S. embassy officer returning to the building late at night was challenged by a Russian guard and a scuffle ensued. In other alleged incidents the apartments of employees were searched, and it was even claimed that a pet dog had been killed. Certainly the incidents are deplorable, but they are not exactly unusual in the world where spies and spy-catchers interact.

The old KGB was -- and its successor organization, the FSB, still is -- adept at tricks to unnerve suspected intelligence officers and render them less effective, forcing them always to be looking out for surveillance even when it was not there. From my time in CIA training in the late 1970s, I recall descriptions of how an agency officer had parked his car on a Moscow street only to return to find it gone. It turned up in a plowed field 100 miles away a few days later with no tire tracks evident. It had been picked up and moved by helicopter. Or an officer would return to his apartment and find all his books arranged in alphabetical order, or dinner prepared and sitting on the table. The FBI would do the same sort of thing to suspected KGB or GRU officers in the United States, a warning that they were being observed and that the bureau knew what they were up to. In the intelligence world it is business as usual, but in the U.S. media, the latest round of spy vs. spy was depicted as another sign of barbaric behavior on the part of the Russians.

The point here is that the Russians are not exactly failing to notice what is going on and are drawing their own conclusions about what they must do to defend themselves. None but Assistant Secretary of State Victoria Nuland and the Kagan family actually want a war, but Moscow is being backed into a corner, with more and more influential Russian voices raised against detente with a Washington that seems to be intent on humiliating Moscow at every turn as part of a new project for regime change.

Many Russian military leaders have come to believe that the continuous NATO expansion means that the United States wants war, and both the generals and Vladimir Putin are warning that a resort to arms could easily go nuclear, as Moscow will use all weapons available to defend itself. Putin is, incidentally, the voice for moderation, as he still aspires to a positive relationship with the West, a position he reiterated in his July 4 message to President Obama.

Russia's generals are not optimistic about what is coming their way. They are insecure because they are aware of their own military inferiority and see nothing but hostility from the West, including evidence that American generals have collaborated to fabricate Russian threats in Europe to force a U.S. reaction. The Russians understand that the buildup of forces on both sides of the border that has resulted from the clashing interests is unstable and dangerously unpredictable. The Russian military justifies its responses based on what it has clearly and unambiguously observed and what it is hearing. But when the Western powers probe Russian borders with their warships and surveillance aircraft, they claim that it is aggression when Moscow scrambles a plane to monitor the activity.

NATO has now decided to base four multinational battalions of combat soldiers in Eastern Europe, along the Russian border, the first troop deployment aimed at Moscow since the fall of the Berlin Wall. Washington in its own prepackaged view describes itself as behaving defensively, from the purest of motives, while Moscow is always in the wrong, but Russian Foreign Minister Sergey Lavrov notes that it is not his country that is moving soldiers up to a border to confront the West. Picture for a moment a reverse scenario, with a Russian missile cruiser lounging just outside the territorial limits off Boston or New York or a marine infantry brigade based in Cuba, and imagine what the U.S. reaction might be.

Washington's misguided policy toward Russia under both Republican and Democratic presidents has the potential to become the greatest international catastrophe of all time, with the risk of ending human life on this planet as we know it. NATO expansionism and the regular promotion of a false narrative that Russia is seeking to recreate the Soviet Union together suggest to that country's leaders that Washington is an implacable foe. The bellicose posturing inadvertently strengthens the hands of hardline nationalists in Russia, while weakening those who seek a formula for accommodation with the West.

Only the much-maligned Donald Trump sees the situation with some clarity. Speaking in Moscow last week, his foreign-policy adviser Carter Page stated (in the words of ABC News) that "the U.S. had been overly hostile toward Russia and ... the blame for the current tensions lay largely with the American government." He "echoed Trump's own attacks on Washington's foreign policy consensus, suggesting that U.S. experts and officials' assessment of Russia was skewed by an anti-Russian bias and that they often 'unnecessarily perpetuated Cold War tendencies."

To be sure, Russia is no innocent in the international one-upmanship game. But the nearly constant animosity directed against Russia by the Obama administration and likely to continue under President Clinton should be seen as madness, as the stakes in the game, a possible nuclear war, are unthinkable.

Related Topic(s): Generals; Media; NATO; Russian Foreign Policy; Vladimir Putin, Add Tags
Add to My Group(s)
Go To Commenting
The views expressed herein are the sole responsibility of the author and do not necessarily reflect those of this website or its editors.