[Preamble: Diplomatic relations with a new power are properly, and customarily inaugurated at the request of that power, expressed through an envoy sent for the purpose. The reception of this envoy, as pointed out, is primarily the act of the President. The Senate can take no part in it at all, until the President has sent in a nomination. Then it acts in its executive capacity, and, customarily, in 'executive session.' The legislative branch of the Government can exercise no influence over this step except, very indirectly, by withholding appropriations [HERE]" 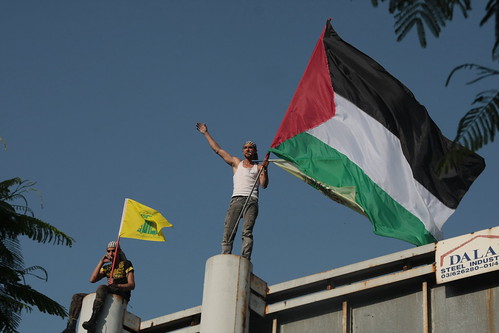 After eight years in the main-stream propaganda media (MPM) wilderness, Palestine was granted 24 hours of the 24/7 news cycle. The public has a short memory, amnesia really, so this too will pass as have other homage to real news that informs and educates the public.

Already the lead story in the Guardian today is the death of "the Hollywood legend" Debbie Reynolds. All due respect to Ms. Reynolds and her family, but where are the reports in the MPM of the weekly Palestinians shot dead by Israeli Occupation Forces (IOF); the Palestinian home demolitions in Jerusalem; the unprovoked teargassing of Al Quds University; illegal Israeli settlers beatings of 10 year old Palestinian children; and many other crimes against humanity by Israel.

To see those reports one can go to International Solidarity Movement (here), B'Tsalem (here ), Christian Peacekeeper Teams (here ), and other human rights websites for those reports. There have been at least 248 Palestinians murdered by the IOF in 2016, according to the Palestinian Chronical (here ).

One speech by President Obama and his mouthpieces every eight years is not going to resolve the daily humiliation and suffering of the Palestinians caused by Israel. To bring a just peace the United States has to join the international community in sustained criticism of Israeli human rights violation, war crimes and crimes against humanity. Strong words are needed to bring Israel ambitions of a Greater Israel to heel.

Strong words and strong actions. The U.S. has to halt the policy of unconditional support for Israel no matter what horrors they commit, stop rewarding Israel's bad conduct unconditionally with Billions of dollars in military aid every year, stop saying that Israel and Palestine are equally at fault, stop saying that the only solution is for direct negotiations between Israel and Palestine, stop lying that Israel is the only democracy in the Middle East (more to follow), formally recognize the State of Palestine as 136 countries of the international community have, recognize the right of Palestine to exist and their right of self-defense, no different than any other sovereign country.

That is a long list of what the U.S. must do, but it is not a complete list. The short list is that the U.S. has to put its actions where its Obama's mouth is when it comes to democracy, human rights and American values.

About Kerry's speech yesterday, it is gratifying that the Obama administration has put light on the plight of Palestine no matter how briefly it shined. But in Secretary of State John Kerry's speech he focused on long outdated misconceptions, falsehoods and fantasy. There were only a few gems of truth and reality in his speech.

The most impressive of Kerry's soundbites, (but it was a fantasy when he spoke of the path to a two state solution), was his statement that "Israel can be either a Jewish state or a democracy, but not both".

Kerry deserves credit for even bringing up the contradiction between a Jewish State and a democratic state. Credit because in Israel's opinion Kerry crossed the line into speaking anti-Semitism. Israel considers almost any criticism of Israel to be anti-Semitism. And to question Israel as a democracy is one of the worst criticism in their opinion. To say that Israel can not exist as a Jewish and a democratic state is blasphemy according to Israel, punishable by torture and jail.

Two state solution or not, Israel cannot be a democracy as long as it insists on being a Jewish state. One out of five of Israel's citizens living inside Israel's internationally recognized border are Palestinians and non-Jewish. A democratic state cannot exclude 20% of its citizens from equal political, economic and civil rights. A Jewish state would still be a theocracy and an apartheid state. This is why Israel has never been able to write a constitution as it was required to do within six months of its establishment in 1947. It is also why the call for "one state for all its citizens" is also a crime of incitement according to Israel. 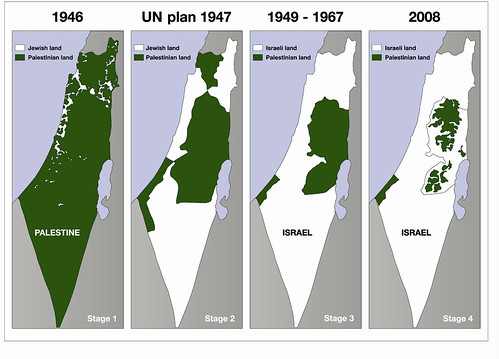 Related Topic(s): State, Add Tags
Add to My Group(s)
Go To Commenting
The views expressed herein are the sole responsibility of the author and do not necessarily reflect those of this website or its editors.