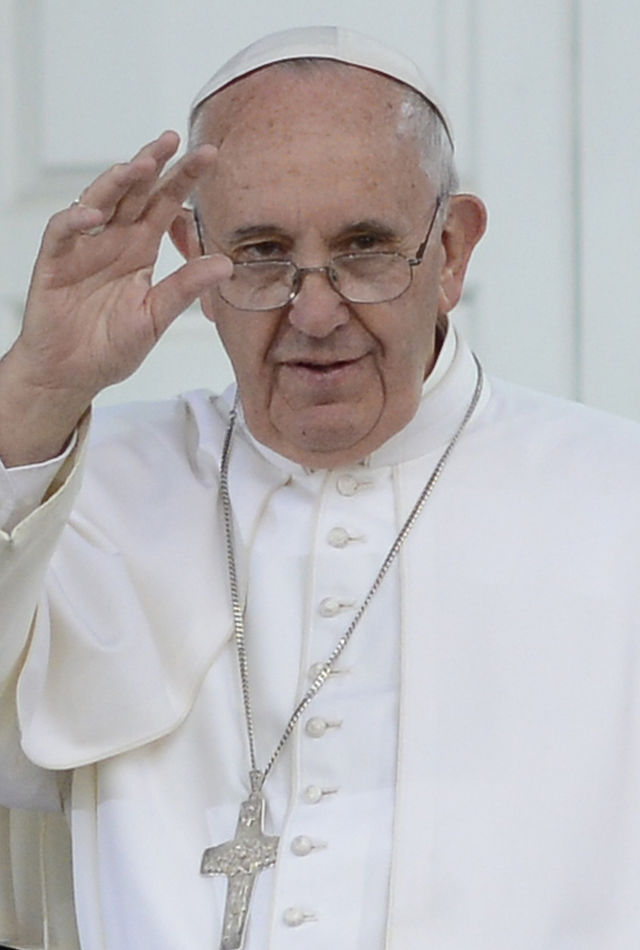 Duluth, Minnesota (OpEdNews) November 6, 2016: Recently Pope Francis visited Sweden. As he flew back to Rome, he was participated in news conference aboard the plane. One journalist as him about the possibility of women being ordained priests in the Roman Catholic Church.

As Pope Francis has done in the past, he once again referred to the 1994 declaration by then-Pope John-Paul II, who has since his death been officially canonized as a saint in the Roman Catholic Church.

Laurie Goodstein, who was not on board the plane, reports the exchange in the New York Times in an article with the headline online of "Pope Francis Says Ban on Female Priests Is Likely to Endure" (dated November 1, 2016):

However, at the end of the online version, a note says, "A version of this article appears in print on November 2, 2016, on page A4 of the New York edition with the headline: Pope Francis Affirms Ban on Female Priests." Once you recognize that he was just re-affirming the position that he has publicly stated repeatedly before, you might wonder why his re-affirming it is newsworthy at all.

Now, in the online version, Goodstein recounts an exchange onboard the plane as going like this:

"'It was given by St. John Paul II, and this remains,' Francis said.

"'If we read carefully the [1994] declaration made by St. John Paul II, it goes in this direction,' Francis replied. 'But women can do many other things better than men,' he added, noting that Mary, the mother of Jesus, is of great importance in the church's theology and spirituality."

No doubt Mary is of great importance in the church's theology and spirituality.

No doubt it would have been fascinating to hear his answer if a journalist on the plane had asked him a follow-up about what exactly the other things are that women can do better than men.

In effect, Pope Francis' reply on the plane is his way of saying "No means no."

Now, in my estimate, all of the Roman Catholic bishops around the world, including the present bishop of Rome, tend to be super stubborn guys when it comes to changing the formal and official teachings of the church. As a result, I do not expect them to change JPII's ban on the ordination of women to be priests in the near future.

Nevertheless, I want to explore here a way to understand the church's centuries-old practice of ordaining only men to be priests. Because Pope Francis is the first Jesuit pope, I want to start with the work of my favorite scholar, the American Jesuit polymath Walter J. Ong (1912-2003).

Related Topic(s): Boys; Catholic; Election; Girls; Identity; Men; Pope Francis; Pope John Paul; Priests; Psychology; (more...) Spirituality; Spirituality; Theology; Women, Add Tags  (less...)
Add to My Group(s)
Go To Commenting
The views expressed herein are the sole responsibility of the author and do not necessarily reflect those of this website or its editors.