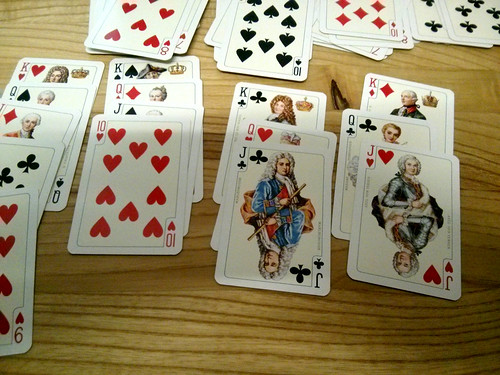 We all have made our share of good and bad decisions in our life, but this year is a critical year for the direction of our country. The stake could never be higher. We have seen extremists on both sides and the inability to change when the process was broken. We have seen a congress with traits like "Do Nothing" and "Playing Politics"(including not choosing a Supreme Court Justice).

In years past, we have seen the King of Clubs and the rest in the good old boys/girl clubs. They have made some good decisions (and some of them we can admire), but they have many bad decisions or no decisions also. We can support their ideals and still NOT embrace their approach and bias.

In recent years, we have had a President that represented the highest card in the deck (The Ace). He saw the bigger picture, while struggling with the approach set by others before him. His ability to look out for humanity as a whole is his strong suit. He is a great President and he will be missed. I believe he would make a great Supreme Court Justice (if he is appointed and if he is interested) because he sees things with clarity for the betterment of all and not primarily for a party, the wealthy or those that are spiritually bias.

Today, we have 2 choices for President.

One that does a great job casting, but has a difficult time reeling things in once the gears are in motion. He thinks he is the King of Diamonds, but is he really the "Wild Card"?

Yes...Our political process is flawed and some of the ideologies are extreme. How we make adjustments to the approach will be key in the future. To ensure we have the correct politicians you need to make a decision (vote)...so choose wisely. Choose the candidate that you feel will best represent all the people regardless of their party affiliation, gender, wealth, and religious bias. Understand that all politicians come with baggage...just like you.

A former conservative turned independent. I tend to lean with Progressives. My more recent articles are written to give readers an insight, but not to take a particular position necessarily. The goal is to get readers to use critical thinking (more...)

So do you believe in God?

Protecting corporations from EPA regulations at the expense of Climate Change.

The Patriot Act - Does the end justify the means?