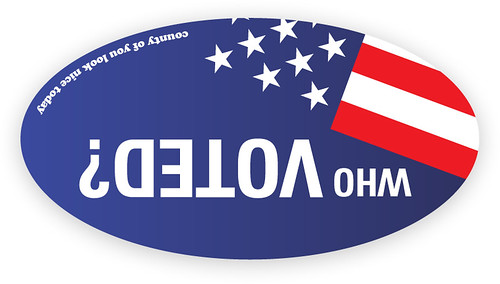 The New Democrats and their Republican counterparts' economic policies have created a rigged system of crony capitalism. Crony capitalism produces devastating epidemics of elite fraud that have shrunk the overall economic "pie" and distributed the "pie" overwhelmingly in favor of corrupt corporate elites like Donald Trump and their political cronies like the Clintons. Wall Street has been open about being ecstatic about the rise of what Citigroup infamously labelled and celebrated -- a "plutonomy."

In a plutonomy there " are rich consumers, few in number, but disproportionate in the gigantic slice of income and consumption they take. There are the rest, the "non-rich", the multitudinous many, but only accounting for surprisingly small bites of the national pie.

Citigroup, in 2005, years before Occupy Wall Street, identified the tiny slice of Americans receiving this "gigantic slice of income and consumption."

In early September [2005] we " introduced the idea that the U.S.is a Plutonomy -- a concept that generated great interest from our clients.

[These inequalities are] almost entirely driven by the fortunes of the top 0.1% (roughly 100,000 households).

Citigroup sounded a note of caution about the rise of the Imperial CEO, which it termed the new "Managerial Aristocracy." Their depredations could only continue as long as shareholders and voters failed to reclaim control of their corporations and nations.

[This top group represents a] Managerial Aristocracy indulged by their shareholders.

Society and governments need to be amenable to disproportionately allow/encourage the few to retain that fatter profit share. The Managerial Aristocracy, like in the Gilded Age, the Roaring Twenties, and the thriving nineties, needs to commandeer a vast chunk of that rising profit share, either through capital income, or simply paying itself a lot.

Citigroup made clear that the New Democrat's and their Republican counterparts' embrace of policies that enhanced crony capitalism would cause the already obscene inequality to increase.

We project that the plutonomies " will likely see even more income inequality, disproportionately feeding off a further rise in the profit share in their economies, capitalist-friendly governments, more technology-driven productivity, and globalization.

Lest there be any doubt where Citigroup was coming from, they evoked Ayn Rand's fantasy in Atlas Shrugged that the Managerial Aristocracy was akin to the stud on the cover of cheesy romance novels -- "the muscular arms of " entrepreneur-plutocrats."

The earth is being held up by the muscular arms of its entrepreneur-plutocrats, like it, or not.

Really? The data Citigroup cited said nothing about the plutocrats helping the overall economy much less the earth. The story that Atlas held up the earth was a myth. There is no "up" when it comes to earth and gravity is quite reliable in holding earth to paths that we can predict. The plutocrats despoil the earth and are the gravest threat to life on earth. Picturing the Managerial Aristocracy as muscular unpaid laborers selflessly protecting the earth is a farcical lie -- but Citigroup was writing for the Managerial Aristocrats it hoped to attract to its "wealth" divisions and knew that the Trumps of the world demand abject sycophancy.

William K Black , J.D., Ph.D. is Associate Professor of Law and Economics at the University of Missouri-Kansas City. Bill Black has testified before the Senate Agricultural Committee on the regulation of financial derivatives and House (more...)
Related Topic(s): Citigroup; Democracy; Inequality; Vote Suppression; Voter Fraud, Add Tags
Add to My Group(s)
Go To Commenting
The views expressed herein are the sole responsibility of the author and do not necessarily reflect those of this website or its editors.