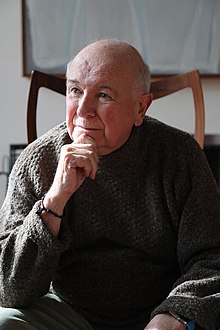 He was an award-winning playwright who was called "one of the greatest contemporary playwrights the theater world has yet produced" by the New York Observer during his 20th Broadway production in 2014. He has written over 30 plays, 10 musicals, four operas, four screenplays, and several TV projects.

In a 2019 interview with The Columbian, McNally spoke about his longtime smoking habit. He was up to three packs a day when he was 40 years old, but he eventually quit, which he says was "very hard" To do. And he thought that after 20 years of not smoking, he had dodged the lung cancer bullet. But he was diagnosed at the age of 60, which made him start to see every day as a "treat and a blessing." "You get 20 years and you think you dodged that bullet. But I hadn't," said McNally. "I'm dealing with lung cancer, so every day is a treat and a blessing " My father died of lung cancer, and it used to be a diagnosis of lung cancer meant you were dead in six months. Now here I am 20 years later, managing it."