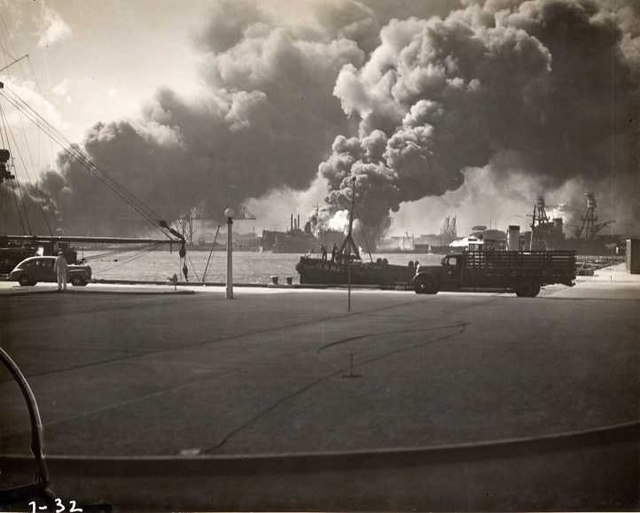 On May 27, Barack Obama became the first sitting US president to visit Hiroshima, site of history's first atomic attack on August 6, 1945. The Japanese government did not ask Obama for an apology, nor did he offer one.

On December 27, Shinzo Abe will become the first Japanese prime minister to visit Pearl Harbor, site of the Japanese attack on the US Navy's Pacific Fleet on December 7, 1941. The US government hasn't asked Abe for an apology, nor is he expected to offer one.

Some Japanese citizens -- especially those who survived, or lost loved ones in, Hiroshima -- believe an American apology is warranted.

Some American citizens -- especially those who survived, or lost loved ones at, Pearl Harbor -- believe a Japanese apology is warranted.

Both groups are wrong. Few people are left to apologize to and none to offer an apology. The senior politicians and military figures of World War II, those who planned and ordered both attacks, are dead.

Shinzo Abe was born nearly 13 years after Pearl Harbor, Barack Obama just two days shy of 16 years after Hiroshima. Neither had anything to do with Pearl Harbor, with Hiroshima, or with the war the two countries waged against each other in between those terrible days.

Of the two, Abe has a better argument for declining to apologize: Multiple Japanese governments have publicly apologized for, and in some cases paid reparations for, Japan's aggression back them.

On the 70th anniversary of VJ Day (the day World War II in the Pacific formally ended), Abe himself expressed regret for the Japan's aggression, but correctly spoke against continuing such gestures and letting "our children, grandchildren and even further generations to come, who have nothing to do with that war, be predestined to apologise."

Beyond a certain point, apologies not only cease to be needed but become mere rituals rather than genuine expressions of contrition.

In America, the subject of "reparations for slavery" occasionally becomes a matter of interest. When it does, many quite correctly point out that there's nobody to pay such reparations, nor anyone to pay them to. Every American who was ever a slave owner, or a slave, is dead.

That's not entirely the case with respect to World War II, but it's nearly so. Now is the perfect time to stop endlessly demanding apologies from each other for past wars and instead join with each other in dedication to the prevention of the next war.

Related Topic(s): Barack Obama Administration; Hiroshima; Pearl Harbor; Prime Minister Shinzo Abe; World War Two, Add Tags
Add to My Group(s)
Go To Commenting
The views expressed herein are the sole responsibility of the author and do not necessarily reflect those of this website or its editors.