My favorite epigram is from Voltaire: the perfect is the enemy of the good. I like the way it encapsulates a deep truth, that nothing is perfect, that fault can always be found, that often doing one's imperfect best is what matters.

Sometimes I feel really discouraged that so much of the U.S. progressive movement operates on a countervailing principle: if it isn't perfect, don't do it.

Case in point: as anyone who follows even a bit of social media knows by now, Starbucks, the coffee-shop giant, launched a "talking about race" initiative and a short time later, cancelled it. 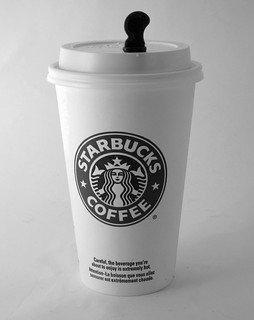 Starbucks CEO Howard Schultz kicked off the "Race Together" initiative with an explanation:

We at Starbucks should be willing to talk about these issues in America. Not to point fingers or to place blame, and not because we have answers, but because staying silent is not who we are. ... [I]t is an opportunity to begin to re-examine how we can create a more empathetic and inclusive society -- one conversation at a time.

Here are the 10 questions baristas were encouraged to pose to customers. Most are fill-in-the-blanks about experiences, such as: "My parents had __ friends of a different race."

On 22 March, a week after Starbucks' full-page New York Times ad launched the campaign--a week marked by a firestorm of social media criticism--Schultz quietly quashed it.

Criticism from the right was mostly along the lines that customers would now be "forced" to enter into unwanted political conversations as part of the price of a cup of joe. Politics and commerce don't mix (except when you lobby for the right to refuse service to LGBT people--that's different).

From the left, it was segmented. Sometimes, I agreed: the conversation ought to be about racism, the problem, not about race. Some of the questions were inept. Some people of color complained that now they would have to explain the history of racial oppression to some white barista as the price of a cup of joe. Some groups focusing on racial justice said Starbucks should have come to them instead of striking out with its own ideas.

Often, watching this unfold, I thought of Voltaire. For instance, many individuals and groups said that if Starbucks really cared about racial justice, they'd do a better job at hiring both executives and line workers and compensating baristas fairly. Colorlines put out this chart, noting only 16% people of color among Starbucks top executives; others counted differently and came up with 21%. Either way, it falls short of even the conservative Census estimate of about 30 percent (more if you include all Hispanic/Latino and multiracial persons, regardless of complexion). (I only see three women, but that's another conversation.)

No argument with the assertion that they are obliged to do better. I just don't get doing better as a prerequisite for raising the topic. The upshot of shaming and ridiculing Starbucks out of its clumsily named "Race Together" initiative is to discourage it and other large, mostly white organizations from even trying to raise the topic of racism in the U.S.

Would you volunteer for target practice?

My friend who works fulltime on issues of racial justice pointed out that Starbucks' record is actually better in terms of leadership demographics than many so-called progressive groups. Last year, Diverse Green published a report on The State of Diversity in Environmental Organizations. Here's a link to the summary and a couple of salient statements:

b. Despite the growth in the ethnic minority population in the U.S., the percentage of minorities on the boards or general staff of environmental organizations does not exceed 16% in the three types of institutions studied [conservation and preservation organizations, government environmental agencies, and environmental grantmaking foundations].

Despite the easy availability of this information, little of the public scorn heaped on Starbucks for daring--however ineptly--to risk talking about racism has fallen on these groups or other large, predominantly white progressive organizations whose records are worse than Starbucks. (And by the way, the Diverse Green report also found male-dominated leadership in the organizations it studied.)

Why not? Reviewing the events of March, one has to conclude that they get a free pass simply by not trying to do anything public about it.

I don't have ten questions, but in conclusion, let me pose three worth pondering:

Arlene Goldbard is a writer, speaker, social activist, and consultant who works for justice, compassion and honor in every sphere, from the interpersonal to the transnational. She is known for her provocative, independent voice and her ability to (more...)
Related Topic(s): Diversity; Hate-Racism-Bigotry; Race; Starbucks, Add Tags
Add to My Group(s)
Go To Commenting
The views expressed herein are the sole responsibility of the author and do not necessarily reflect those of this website or its editors.