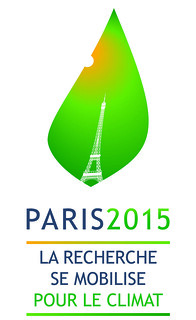 The vast majority of the 130 people killed in the Paris bombing on November 13 were 20 to 40 years of age. Across the world, hundreds of millions of young and older people grieve the loss of so many bright young women and men from 20 nationalities. Then, a few days later, millions more mourned the lost of Diesel, a seven-year old Belgian shepherd who was killed as a result of being placed in harm's way by his SWAT team.

Each human and animal life lost is sad. The Paris dead includes Nohemi Gonzalez, a 23-year-old student at California State University, Long Beach, where I live. I feel deeply for Nohemi's family and regret all the young lives loss. But, we should be equally, if not more concerned about what else is going on in Paris, and the lives of billions that are going to be affected by the COP21 climate talks.

The world should be paying attention and Tweeting about the climate talks. Tens of millions should be changing their Facebook profile to a COP21 logo in solidarity with their country delegates. Instead, people are more concerned about Islamic terrorists than about the climate. Billions of lives are under a far greater threat by capitalist terraists, like fossil fuel, livestock and military industries, who are actually destroying the entire planet for profit.

A child born during this month's climate talks will be 20 years old in 2036, when carbon mitigation and reduction programs are supposed to be start being implemented, but there are no national binding agreements as yet. A COP21 baby will be 40 years old in 2056, when carbon emissions are supposed to peak and start to decrease, but there no penalties attached for missing national targets. These facts are terrifying in their implications, given the level of denialism that still exist and the lack of climate action over several decades.

After each terrorist attacks, people are urged to dismiss our overwhelming sense of personal danger, and respond to the violence and madness by continuing to live normally, consuming and over-consuming without fear of being personally attacked. However, the fact is we are in extreme danger, and we should be doing everything but living our lives normally.

Every single COP21 baby will be affected by the business-as-usual practices of clean-shaven terraists in suits, and by our own carbon footprints. COP21 children face an increasingly inhospitable climate with more intense heat, drought, storms, and floods, and we should all be very afraid for them.

According to the World Health Organization, more than 88% of diseases attributable to climate change occur in children younger than five. Because of their growing minds and bodies, children are uniquely vulnerable to changes in their environment, including natural disasters, heat stress, lower air quality, increased infections, and threats to food and water supplies.

Children under one year of age are especially susceptible to heat-related mortality. Children are also more defenseless to the many infectious diseases that are influenced by climate change, including malaria, dengue fever and diarrheal disease.

One of the main causes of trauma to children is changing weather conditions, when "they are exposed to increased risk of injury, death, loss of or separation from caregivers and mental health consequences." And after climate-related disasters, many children exhibit symptoms of post-traumatic stress disorder. The image of the Syrian infant, Aylan washed, up on a beach reminds us that the risk children face is all too real and present.

We cannot see the carbon we emit, but 40 years from now, the carbon footprint of today's consumers will start to have an impact on global temperatures. By then, everyday environmental hardships may already be the reality of COP21 babies, and they will then have to live through the emissions being added by our current footprints.

In 2076, the COP21 babies will be 60 years old. If the Paris talks fail again to make strong binding agreements to limit emissions, the world could see a two-degree rise in average global temperature from 1750 levels. And if the COP21 babies are still alive in their 80s, they will live in the new century, with added temperatures way beyond two-degrees.

The Paris tragedy could be used to mobilize us to take immediate and effective actions to protect all of our children from ideological and ecological terrorists. Instead, the attacks are being exploited to close borders, limit freedoms, and expand the security state. This business-as-usual xenophobia and tribalism is what got us here in the first place.

Children are aware of the impending crisis and are resisting. They are filing legal suits in many local and regional courts, and organizing school divestment campaigns. Adults must share youth's concerns, and do our part by reducing consumption and GHG emissions to keep global temperatures under a two-degree rise. Eating plant-based foods and reducing transportation are vitally important. We must educate, agitate, and organize for strong, binding climate action, for the sake of COP21 babies.