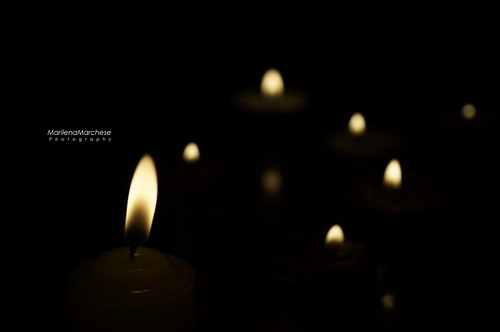 Light in the darkness
(Image by Marilena Marchese)   Details   DMCA

The left has lost the White House, the Supreme Court, the Senate, the House. It's a dark day.

But we are not dead. We must carry on, so let's have a conversation about what factors offer some hope, some light.

I'll start things off, but this is about the comments.

-Trump is a wildcard. I didn't believe must of what he promised. He has a history of more liberal positions. Like some Supreme Court justices who were appointed by Republicans but who became liberal, Trump could be better on some issues, starting with TPP, than the Democrats, Obama and Hillary.

-The DNC has been exposed for the corrupt, dishonest org that it is. If Democrats have any sanity they will repudiate the Dem leadership and start afresh.

-We are less likely to go to war with Russia

-The illusory/delusional veil that the Democratic leaders are anti-war and pro-middle class may finally have been pierced.

-Trump won because of a populist uprising. If the Left can wrest control of the DNC from the corporatists now running it, and field populist candidates in 2018, they may be able to take back the House and Senate.

-The TPP is dead.

-The movement Bernie Sanders started could have legs, could be THE vehicle for the left to use to come together.

-There are some progressive websites that maintained a clear vision.

-The reign of right wing Clintonites is DEAD!! Hopefully, like a resurrected phoenix, Democrats will rise from the ashes of #DemDisaster with the realization that corporate Democrats created the problem, caused the loss and they must be repudiated.

-Four or five more states have authorized legalized recreational marijuana. The class/race war veiled as a war on drugs is losing steam.

Related Topic(s): 2016 Elections; Hope Hopefulness; Open Threads, Add Tags
Add to My Group(s)
Go To Commenting
The views expressed herein are the sole responsibility of the author and do not necessarily reflect those of this website or its editors.