As data about the ineffectiveness of suspensions and other punitive school disciplinary methods have accumulated and concerns about the school to prison pipeline and mass incarceration have gotten louder and more insistent, schools are increasingly looking for alternative strategies for creating a climate of safety, accountability, and fairness. In this context, more and more school districts are encouraging and sometimes even mandating that schools introduce restorative practices as either an addition to or a substitute for punitive discipline. 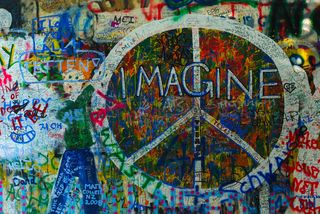 School restorative practices vary widely, but most such practices bring together those who were harmed and those who did the harm (along with adults representing the interests of the school community) for the purpose of mutual understanding, self-responsibility, community accountability, repairing of harm (including relationships) and reintegration of the person causing the harm back into the school community.

Despite the increasing prevalence of restorative programs in U.S. schools, there is as yet little research on the impact of such practices in school settings (Evans & Lester, 2013). The majority of the research that does exist compares school discipline records and the number of detentions and suspensions before and after a restorative justice (RJ) program is implemented. Although this information is useful, it is potentially misleading as a measure of RJ effectiveness as suspensions can be reduced through a "suspend less" policy change that is entirely independent of the RJ program.

A new study -- Outcomes of a Restorative Circle Program in a High School Setting -- used qualitative interviews to identify the benefits and downsides associated with school-based restorative practices, from the perspective of both the adults and the students in an urban high school in Virginia where over 90% of students are African American and over 75% are eligible for free/reduced lunch. Restorative Circles, the specific restorative practice used by this school, was originally developed by Dominic Barter and associates in Brazil. The short video below briefly describes the process:

1. Ownership of the process/ bypassing adults

Me and my friend were playing around in class and we actually solved [a conflict using] the Circle. It was fun but it was serious too and we did it all by ourself. Cause my friend that used to be in the facilitator circle training, me and her we was just playing at first but my other friend, the girl I'll call my friend and the girl I'll call my sister, they was arguing about something or whatever. So me and X said, "let's have a circle." and then we was playing - we was playing though, and then it actually solved their problem. Now they talk. So we actually did a Circle, all by ourselves. -12th female

2. Interrupting the school to prison pipeline

Both students and adults spoke about a shift to less punitive methods of dealing with student conflict. Students discussed that a positive outcome of the RC program was that they were not getting suspended or "locked up." Similarly, adults explained that a positive outcome of the RC program was not having to give as many suspensions or detentions. This category speaks to the negative consequences of zero tolerance policies contributing to the "school to prison pipeline". Students seemed very aware of how the (punitive) methods that the school used for dealing with student conflict often resulted in them being suspended or "locked up." Students attributed not being suspended or "charged" to the RC program. Similarly, adults stated being less reliant on punitive methods and more willing to talk things out using RC principles.

I noticed that some fights, some arguments, some fights get talked out more, instead of just suspension, instead of just suspending somebody from school, where they get away from their education for like five days, they don't learn nothing for that whole five days. Instead of doing that [suspensions] you could do a circle and they do the circle they sign the paper, then they go to class, and they become friends again, or they leave each other alone. -11th female

One of the goals of the RC program is to restore relationships to how they were before the conflict. In this case, students and adults talked not only about restored relationships, but also about building better relationships with those with whom they experienced conflict.

Me and this kid [were] about to fight, and I think I, uh, I got in his face. I was upset and, you know, everybody wanted to hype up the situation. It wasn't like that. I just wanted to get a little closer to see what he was saying. And so, uh, me and him ended up being cool after that [the Circle]. -10th male

I've only participated in one circle and it was arguably the most revolutionary thing I've ever seen. I mean these girls couldn't walk within 50 feet of each other without, "I can't believe she's" you know, and then, now, they talk, they say "hi" to each other. I mean, they literally would walk down the hall and "I'm gonna hit her, I'm gonna you know," and it was just a complete turn around [after the Circle], I think the Circle gave them an opportunity to voice their opinion and then the other heard and voiced their opinion. Then they came to this epiphany that they're actually more alike than they are different. --Counselor

Mikhail Lyubansky, Ph.D., is a teaching associate professor in the Department of Psychology at the University of Illinois, Urbana-Champaign, where he teaches Psychology of Race and Ethnicity, Theories of Psychotherapy, and a graduate-level courses on restorative justice. An autobiographical essay of Mikhail's interests in race relations and basketball is available here.

Since 2009, Mikhail has been studying and working with conflict, particularly via Restorative Circles (a restorative practice developed in Brazil by Dominic Barter and associates) and other restorative responses to conflict. Together with Elaine Shpungin, he now supports schools, organizations, and workplaces in developing restorative strategies for engaging conflict, building conflict facilitation skills and evaluating the (more...)

Related Topic(s): Conflict; Justice Juvenile; Restorative; Restorative Justice; School; School Children; School Discipline; School Reform; Schools; Students; (more...) Zero Tolerance, Add Tags  (less...)
Add to My Group(s)
Go To Commenting
The views expressed herein are the sole responsibility of the author and do not necessarily reflect those of this website or its editors.