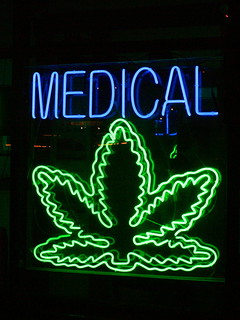 There are two primary ways in which we see ourselves governed. Those two primary ways are the Top -- Down Model, which is exemplified by the pyramid. In this view, God sits on high in His castle while gazing down upon us poor laboring Peasants below. (Sound a bit like Feudalism to you?)

Then there is the bottom up approach. The bottom-up approach is reflected in the following excerpt from Lovelock's "Gaia Hypothesis:"

Gaian hypotheses suggest that organisms co-evolve with their environment: that is, they "influence their abiotic environment, and that environment in turn influences the biota by Darwinian process. Lovelock (1995) gave evidence of this in his second book, showing the evolution from the world of the early thermo-acido-philic and methanogenic bacteria towards the oxygen-enriched atmosphere today that supports more complex life.

The question becomes: Was there a top-down manager, a God that was "in charge" of everything or is it that the Way of Nature is intelligent? This debate is also inherent in the notion of God being more verb (bottom- up with everything being creative in defining creation) than noun (top-down, authority rules, noun on noun).

If God is more verb or process, then is there as much a need for a hierarchy?

To further reinforce bottom-up, there is also the holographic notion of the universe in accord to the quantum physics of David Bohm. Within this model, all things exist in relationship to everything while everything mirrors the whole.

For example, if we were to take a super microscope and go into the little finger of your left hand, you would find that at the highest magnification the atoms and molecules in your body exist in relationship to empty space in the same proportion as stars existing in relationship to intergalactic space.

Gaze up at a starlight night sky, and you are seeing a mirror image of yourself. As the mystic Christians say, "as above, so below."

This relational view of the world works in 2 primary ways. The first is that everything is here to balance everything else. Thus, the lioness eats the gazelle and the gazelle is generally a herding animal that multiplies rapidly. The lioness's job is to help to "weed down" the population of gazelle's, which then reduces the amount of damage to the grasslands.

This relationship is a "win-win" proposition for both lion and gazelle (the species, not the individual. Of course sick gazelle's are an easier catch so hunting does help to diminish that stressor on a herd of gazelles).

Perhaps intelligence is a loaded word. I generally say, "The world works well and has evolved just fine without us hairless monkeys." A working world is my definition of a world that's intelligent. Even without us balding apes, Gaia will do quite well.

Yes, I am not saying we are the cat's "meow" on this planet. Indeed, Nature may just clean up the mess we've made and move on with evolving other creatures." So, on one ear of Nature, creatures are saying, "ma, would you please get rid of these guys?" On another ear, they are saying, "oh, just let them alone, they'll get it. We are all evolving, aren't we?"

Burl Hall is a retired counselor who is living in a Senior Citizen Housing apartment. Burl has one book to his credit, titled "Sophia's Web: A Passionate Call to Heal our Wounded Nature." For more information, search the book on Amazon. (more...)
Related Topic(s): Bottom-up; Children; Children; Corporate; Corporations; Health; Health; Medical Marijuana; Nature; Police; (more...) Power; Race; Schools, Add Tags  (less...)
Add to My Group(s)
Go To Commenting
The views expressed herein are the sole responsibility of the author and do not necessarily reflect those of this website or its editors.