. . . we have more wealth and income inequality than any major country on earth. We have one of the highest childhood poverty rates and we are the only country in the industrialized world which does not guarantee health care for all. We once led the world in terms of the percentage of our people who graduated college, but we are now in 12th place. Our infrastructure, once the envy of the world, is collapsing 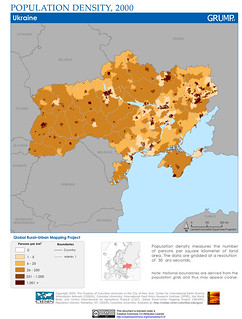 OUR GREAT AND EXTRAORDINARY SITUATION

We are presently in a state of political, economic and moral decline. Our decline is not only continuing. It is accelerating. In 2012 we were ranked higher among the countries of the world in "corruption" than in "democracy." In large part due to our declining democracy and governmental honesty, we are becoming less moral and less free. In a recent survey, a country's democracy and governmental honesty were found to be the two factors most closely associated with its quality of life. [1] They are also two factors that do not thrive in a nation governed by a few very wealthy people.

Our economic decline is illustrated by the ever-widening gap between our rich and our poor. One evidence of our moral decline is our use of torture. The United Nations Committee against Torture issued a report in November of 2014 assessing the performance of the 156 countries whose governments have ratified the Convention against Torture and Other Cruel, Inhuman or Degrading Treatment or Punishment. The Committee found the US in violation of this treaty.

Our political decline affects all aspects of our lives. For example, we are unable (or unwilling) to choose peaceful foreign policies. Our out-of-control government persists in supporting fascist governments in other countries (for only two examples, Nicaragua and Ukraine) and leaving these countries in ruins..

Related Topic(s): America Freedom To Fascism; American Foreign Policy; American Hegemony; American History; Americans For Democratic Action; Freedom; James Clapper; James Woolsey; People; Reform; (more...) Tragedy, Add Tags  (less...)
Add to My Group(s)
Go To Commenting
The views expressed herein are the sole responsibility of the author and do not necessarily reflect those of this website or its editors.