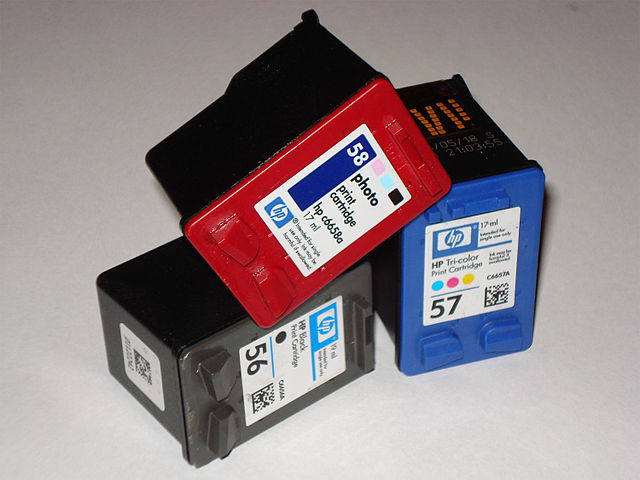 September 13 was an unlucky day for an unknown number of Hewlett-Packard printer owners. Instead of going dutifully to work, their printers displayed the error message "One or more cartridges appear to be damaged. Remove them and replace them with new cartridges."

The cartridges weren't damaged, though. The printers had been sabotaged with, for all intents and purposes, malware. And the saboteur was Hewlett-Packard itself. The company built a digital time bomb into its firmware to stop owners of HP printers from using ink cartridges sold by third parties.

The company brazenly claims responsibility for the cyber attack, saying it bricked its customers' printers to "protect innovation and intellectual property, but also to improve the safety of products for customers."

There's a word for that claim, but I can't use it in a family-friendly column. HP is "protecting" and "improving" only one thing: Its profits from the sale of ink cartridges. A full refill (black and color) using HP-manufactured cartridges can cost about as much as some of the lower-end printers themselves; third party manufacturers sell compatible cartridges for less than half that.

I've heard it said that some printers are sold at, or even for less, than manufacturing cost as "loss leaders." Part One: Cheap printer. Part two: Expensive ink. But of course that only works if you can force the buyer to stick with you through Part Two.

HP has a long record of trying to fool its customers into this kind of bait and switch scam. From patent infringement lawsuits against cartridge competitors to "Digital Rights Management" schemes in its hardware and software (former HP CEO and failed presidential candidate Carly Fiorina announced a "DRM in every product" policy at the 2004 Consumer Electronics Show), the upshot is "you don't really own that thing you thought you bought from us."

But this is the first time I'm aware of that HP has resorted to cyber attacks on its own customers to stop them from patronizing other businesses. It joins Sony BMG, which got caught using music CDs to install "rootkit" malware in 2005, on a list of companies which can't be trusted to not screw over customers.

The extinction of state-conferred "intellectual property" monopolies became inevitable with the digital age when information reproduction costs fell to nearly zero. Which is exactly where the profit margins of companies like Hewlett-Packard are headed if they don't knock this kind of thing off.

Related Topic(s): Digital Rights Management; Electronics; Intellectual Property; Malware; Patents Trademarks Copyrights, Add Tags
Add to My Group(s)
Go To Commenting
The views expressed herein are the sole responsibility of the author and do not necessarily reflect those of this website or its editors.